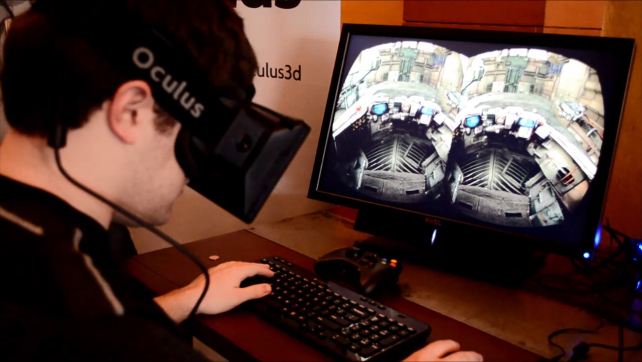 At GDC 2013, Oculus VR, Inc., developer of the highly anticipated Oculus Rift, announced that it will provide a custom, Oculus-ready version of Epic Games’ Unreal Development Kit (UDK) to every developer who has purchased the Oculus Rift development kit. In addition, all Unreal Engine 3 full source licensees will receive the Oculus - UE3 integration code free of charge. These new offerings mark Oculus’ entry into Epic’s premier UE3 Integrated Partners Program (IPP). The deepened partnership between the two companies is designed to support all Unreal Engine developers wanting to take their games to a completely new level of immersion.

“Developers have used Unreal Engine technology to create some of the most memorable games in history,” said Tim Sweeney, founder and CEO of Epic Games. “We view virtual reality as a massive technological step forward, and are arming all developers with the tools to create game experiences that represent the future. Our partnership with Oculus will bring the highest quality experiences to virtual reality games.”

Epic Games and Oculus have been collaborating since the launch of Oculus’ Kickstarter campaign to improve and optimize the integration with UE3. The custom Oculus-ready version of UDK, the free edition of UE3, will include the Epic Citadel tech demo, a medieval castle and village which developers can explore in virtual reality with the Rift.

“We’ve said from the start that independent developers were as important to us as AAA developers,” said Brendan Iribe, CEO of Oculus. “The Unreal Engine and UDK have proven time and again that they are premiere engines for allgame developers. Our relationship with Epic shows our commitment to give every developer the chance to create the next amazing game experience.”

The Oculus Rift is a virtual reality headset that allows users to step into the game. It provides an immersive, stereoscopic 3D experience with a huge field of view—110 degrees diagonally—and overcomes the latency problems that have plagued previous VR gaming headsets, where movement in the game lags behind movement of the player’s head. Developer kits for the Oculus Rift, which game developers can use to create Oculus-ready VR applications and interactive content, will begin shipping to backers at the end of March 2013.

The custom, Oculus-ready version of UDK will be available from the Oculus Developer Center the first week of April.