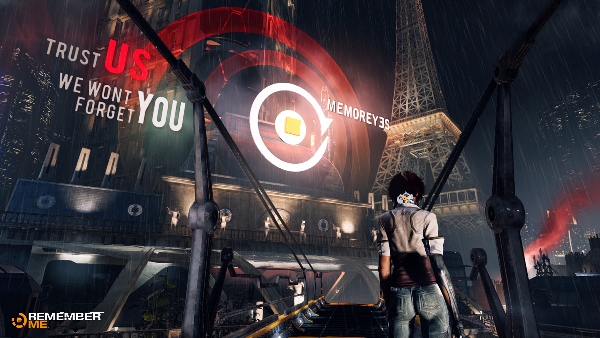 Capcom isn’t waiting for the launch of PlayStation 4 and Xbox 720 to launch a new franchise. The game publisher has partnered with French game studio Dontnod Entertainment to bring the sci-fi action game Remember Me to the Xbox 360, PlayStation 3, and PC. Developer Jean Maxime Moris talks about what’s in store for gamers in this May 2013 adventure in the exclusive video interview below.

Remember Me starts female protagonist Nilin who is an elite memory hunter. In the game’s futuristic Neo Paris, nothing is a secret. People can swap memories with others as long as they have the money to pay for it. Essentially, for the right price, you can learn anything about anyone.  Unfortunately for Nilin, her memory was wiped unwillingly and now she’s on a quest to find out why, going up against the very government she once worked for.

Capcom promises Remember Me serves up action/adventure with a heavy emphasis on acrobatic traversal and agile combat. One of the interesting hooks is the gameplay mode called “Memory Remixing,” which allows players to hack the minds of other people and alter their memories. Doing this can have varying effects which may alter their thought process. In the game’s launch trailer, Nilin remixed the memory of a Frank Forlan, convincing him that he accidentally killed his girlfriend, which in turn makes him kill himself.

Originally called Adrift, the game is being developed by Dontnod Entertainment out of Paris, which was established by former members of Criterion Games.