GameStop Celebrates Injustice Gods Among Us With PowerUp Cosplay Reward 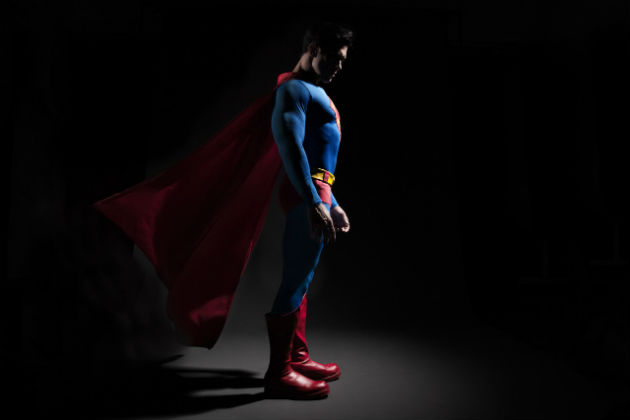 GameStop’s Epic Reward Giveaway for the month of April gives PowerUp Rewards Members the chance to win a custom made costume of your favorite DC Comics character like the ones featured in Warner Bros. Interactive Entertainment and DC Entertainment’s Injustice: Gods Among Us, which launches April 16 for Xbox 360 and PlayStation 3.

One winner may make a choice that determines superhero supremacy in their closet: suit up like the Man of Steel, dress like the Dark Knight or add a little Amazonian princess to their wardrobe? (costume choice subject to availability). Transactions made by PowerUp Rewards members throughout the month of April at a GameStop Store or at www.Gamestop.com, including pre-ordering Injustice: Gods Among Us, as well as buying any other games and accessories or making a trade, will be automatically entered for a chance to win the custom costume. PowerUp Rewards Pro members automatical! ly receive two entries with each purchase or trade. Members can also use their PowerUp Rewards points to get additional entries.

From the creators of the highly acclaimed Mortal Kombat series, the award-winning NetherRealm Studios, Injustice: Gods Among Usis a fighting game based in the DC Comics fictional universe. Featuring DC Comics icons such Batman, Bane, Cyborg, The Flash, The Joker, Harley Quinn, Nightwing, Solomon Grundy, Superman, Wonder Woman and more, Injustice: Gods Among Us is a deep original story in which heroes and villains will engage in epic battles on a massive scale in a world where the line between good and evil has been blurred.