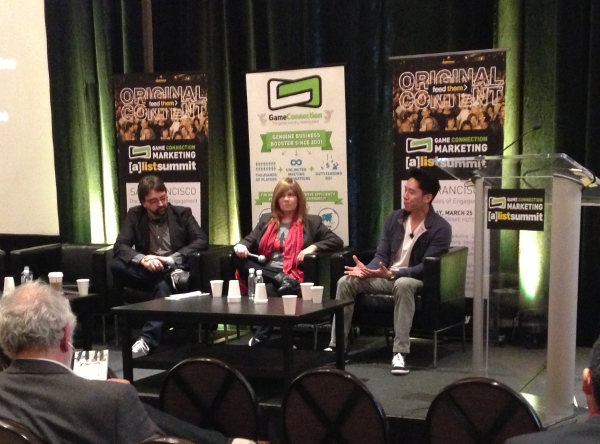 Game Connection America 2013 concluded another successful event as part of GDC 2013. A total of 1,650 attendees including 206 exhibitors and 240 certified buyers converged on the Sir Francis Drake Hotel to engage in concentrated networking, meetings, and lively conversations. The Meeting Application saw a total of 7,642 meetings confirmed. Additionally, the [a]List Summit provided tracks of panels and lectures that covered challenges and opportunities facing the games industry.

“We’ve seen a tremendous amount of growth year over year, and Game Connection America was no exception,” states Pierre Carde, CEO, Connection Events. “Our Meeting Application continues to excel at enabling executives to easily and efficiently set up meetings in an environment conducive to getting business done, and this most recent event has set the bar even higher. As we conclude another successful show, we look forward to continuing the tradition with more events scheduled in Asia (May 28-29) and Europe (December 3-5). The first will create an international environment where East meets West in business. The latter will feature the familiar successful business formula of back-to-back meetings scheduled with the streamlined online meeting application, networking, and an opportunity to improve skills in a lively environment.”

Game Connection is also pleased to announce that Montreal-based Compulsion Games’ puzzle platformer Contrast was awarded Best Project 2013 in the Microsoft-sponsored Selected Projects indie game competition. Chosen from 15 nominated game developers based on innovation and market potential, Contrast was given top recognition by The Game Connection Advisory Board and acknowledged by Sony Computer Entertainment America for its achievements in game creativity and innovation. Compulsion Games will receive a development kit, strategic advice, and support from Microsoft Studios. As part of the indie developer support offered by Sony Computer Entertainment America, the team will also receive a PlayStation development kit and technical support for the launch of Contrast on the PlayStation Network.