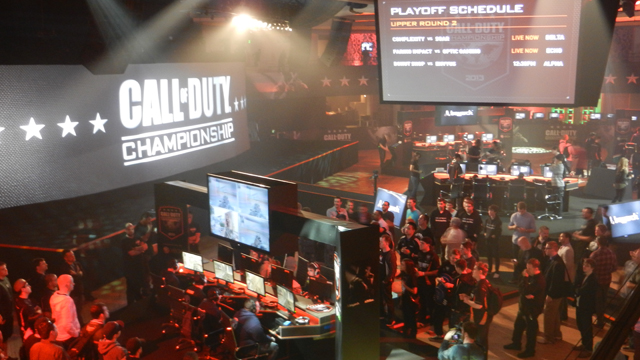 At the Hollywood Palladium Theater, Activision and Treyarch pushed eSports further into the mainstream with the Call of Duty Championship, presented by Xbox.  Thirty-two of the most skilled Call of Duty: Black Ops II multiplayer teams competed head-to-head on Xbox 360s for their share of a $1 million total prize purse, and the opportunity for one team to secure the highly coveted honor of Call of Duty World Champions.

“The Call of Duty Championship, presented by Xbox isn’t just another gaming tournament, it’s a celebration of Call of Duty and a recognition of the franchise’s most dedicated, talented players,” said Eric Hirshberg, CEO of Activision Publishing.  “We’re bringing Call of Duty’s massive player community together with the increasingly popular eSports movement.  This is a great moment for the franchise, but also for eSports as a whole, which is only going to get bigger and better moving forward.”