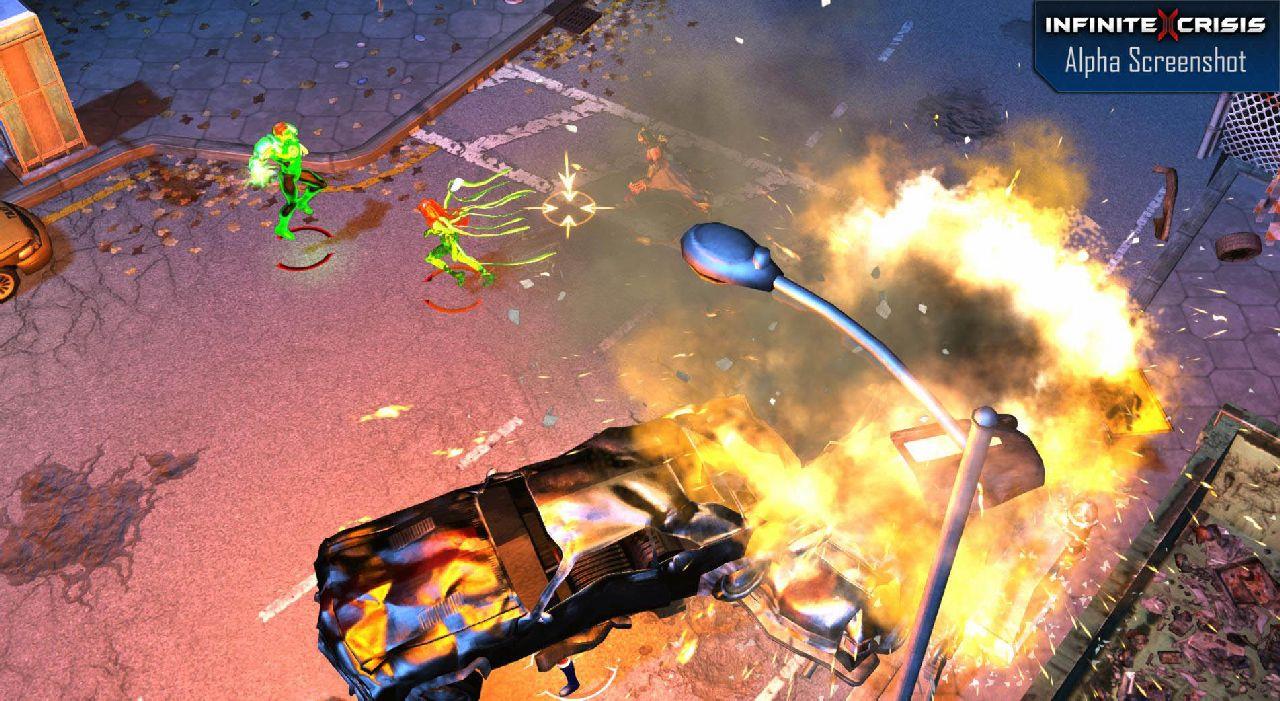 Warner Bros. Interactive Entertainment (WBIE) and DC Entertainment debuted Infinite Crisis, an all-new multiplayer online battle arena (MOBA) game developed by Turbine at GDC 2013. The award winning studio behind free-to-play online games like The Lord of the Rings Online has turned the DC Comics universe inside out. Infinite Crisis is a free-to-play game that features a deep roster of DC Comics characters from different dimensions. The PC game is scheduled for release in 2013. Developer Jeffrey Steefel talks about the new game in this exclusive video interview below.

Infinite Crisis is a new entrant into the wildly popular MOBA genre that delivers a heart-pounding competitive player vs. player battle experience set in the legendary DC Multiverse - a world in which familiar DC Comics characters have been reimagined in startling ways. Featuring a wide variety of DC Comics heroes and villains, Infinite Crisis puts players in control of twisted incarnations of their favorite characters throughout the Multiverse such as Nightmare Batman and Gaslight Catwoman, playing in league with well-known characters including Green Lantern and The Flash.

"We are thrilled to bring Infinite Crisis, a truly competitive experience featuring the DC Comics lore and characters, to the MOBA genre," said Martin Tremblay, President, Warner Bros. Interactive Entertainment. "Turbine is a pioneer in online gaming and combined with the amazing world of DC Comics, they are executing on a game concept that expands the MOBA genre."