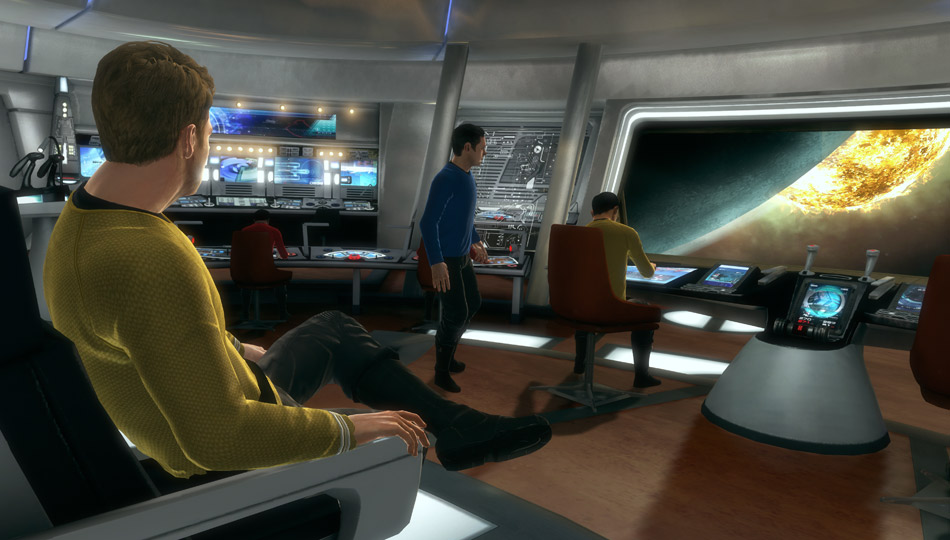 Paramount Pictures, Namco Bandai and Digital Extremes have spent the past three years developing the first co-op Star Trek game. The game begins when players choose to become either Kirk or Spock, leading these iconic characters on an incredible story that launches when the USS Enterprise is called to assist a crippled space station near a binary star. What they discover there brings them face to face with the vicious enemy alien race of the Gorn as they try to stop a relentless attack and recover a mysterious device known as Helios — which can bring great progress or, in the wrong hands, wreak unimaginable destruction.  Paramount Pictures producer Brian Miller talks about the new game in this exclusive video interview.

The game features the voices of Chris Pine as Kirk, Zachary Quinto as Spock and the leading actors from 2009's Star Trek and the upcoming Star Trek Into Darkness, including Zoe Saldana, Simon Pegg, John Cho, Karl Urban and Anton Yelchin.