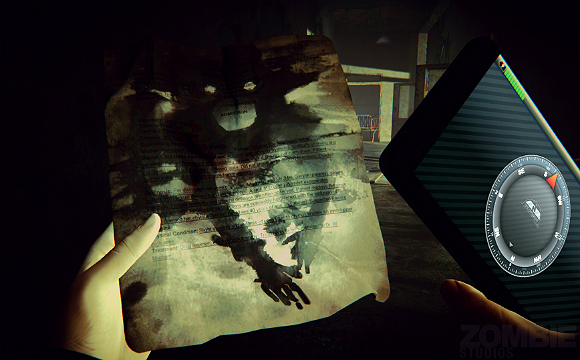 Zombie Studios has banked on Epic Games’ Unreal Engine technology for years. The studio is working on its first Unreal Engine 4 game, Daylight, which will be available on PC via Steam later this year. The survival horror has players waking up alone in an abandoned insane asylum, although there are plenty of ghosts and other scary things still lurking around every corner. Armed only with your smartphone (and your legs, for running), you must get out alive. Zombie Studios head Jared Gerritzen talks about the new game in this exclusive video interview below.

One of the interesting aspects of Daylight is that it uses UE4 to randomly generate levels. This means every room and hallway, as well as the haunts that lurk within them, will be different every time you play. Zombie has been able to get this game up and running with a small team pretty quickly with this new game engine, which bodes well for future next gen games.