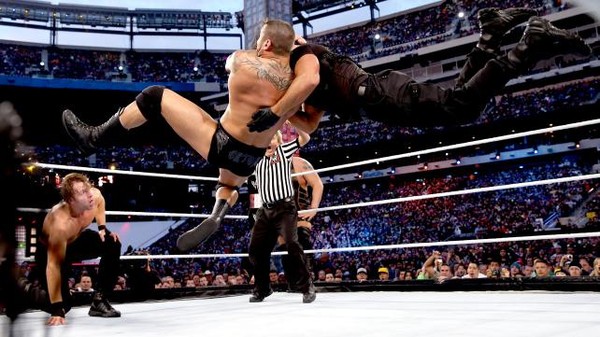 WWE has eclipsed 100 million Facebook fans across its network of pages during WrestleMania 29, further cementing itself as one of the most followed brands in the world. WWE’s Facebook network currently has more fans than the NFL and its 32 teams combined and MLB and its 30 teams combined. Fandango talks WWE, Wrestlemania and video games in this exclusive video interview.

The main WWE Facebook page also has more fans than the NHL, The New York Times, ESPN, Pepsi, Burger King, NASCAR and CNN. Seventeen WWE Superstars rank in the top 100 most-followed athletes on Facebook, with John Cena (more than 14 million fans) as the third most-followed athlete in the U.S. behind only Michael Jordan and Kobe Bryant.

WWE now has more than 150 million followers across all social media platforms while ranking in the top 20 most social companies according to the Dachis Groups Social Business Index.  WWE is also one of only seven brands in the world to obtain a Klout score of 99 from Klout.com, which measures a brands’ social media influence on a scale from 1 to 100. The other six brands include YouTube, The New York Times, Huffington Post, Time, Associated Press and the Los Angeles Dodgers.