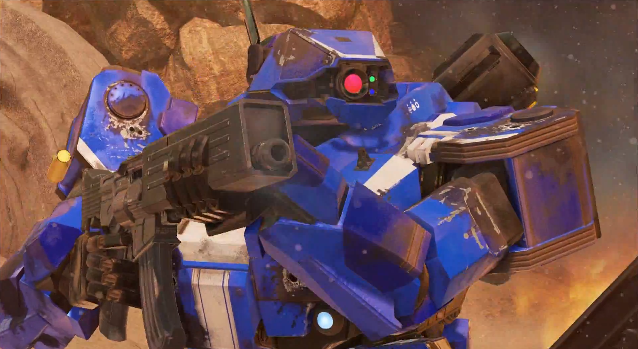 Stompy Bot Productions and MekTek Studios are using Epic Game’s Unreal Engine 4 (UE4) to create the first true next-generation Mech PC game with Heavy Gear Assault. At its core, Heavy Gear Assault is a fast paced first person simulator where the player controls war machines called Gears via their in-game pilot characters. Through the use of Unreal Engine 4 the game will feature high-end visuals that scale well for low- to high-end PCs. Unreal Engine 4 is capable of near photo realism, destructible environments and flexible high-level network architecture for multiplayer gaming.

“We are privileged to be amongst the first titles to use Epic Game’s Unreal Engine 4,” Vince McMullin, President, MekTek Studios said.  “We will be able to bring all the gritty realities of sporting combat in the Heavy Gear Universe to life with never before imagined high-end visuals.  Heavy Gear Assault will truly be the first next-generation mecha game”.

Stompy and Mektek selected UE4 because of the ease of content creation and programming the engine enables.

“We’re pleased to provide the world-class tools that are being used to breathe new life into the Heavy Gear game universe,” said Joe Kreiner, Epic’s head of North American licensing. “Unreal Engine 4 is the ideal technical foundation to use for making PC games, particularly with its rendering capabilities and speed of development.”

Stompy Bot also hit its $100,000 milestone of their $900 000 crowdfunding campaign goal. To ensure mecha fans will see the revolutionary new title, Stompy Bot Productions is planning a Kickstarter campaign that will run concurrently alongside their on-going crowdfunding efforts on the Heavy Gear website.  The date of the Kickstarter launch is yet to be determined.

“With a rebirth of interest in mecha games, we feel the time is right for a new Heavy Gear game,” James Taylor, President, Stompy Bot Productions said.  “We’re all gamers and fans of giant robots at Stompy Bot and are dedicated to bringing a revolutionary game to the community.  With our crowdfunding campaign, we are appealing directly to the community and are soliciting their participation in the birth of a new era.”