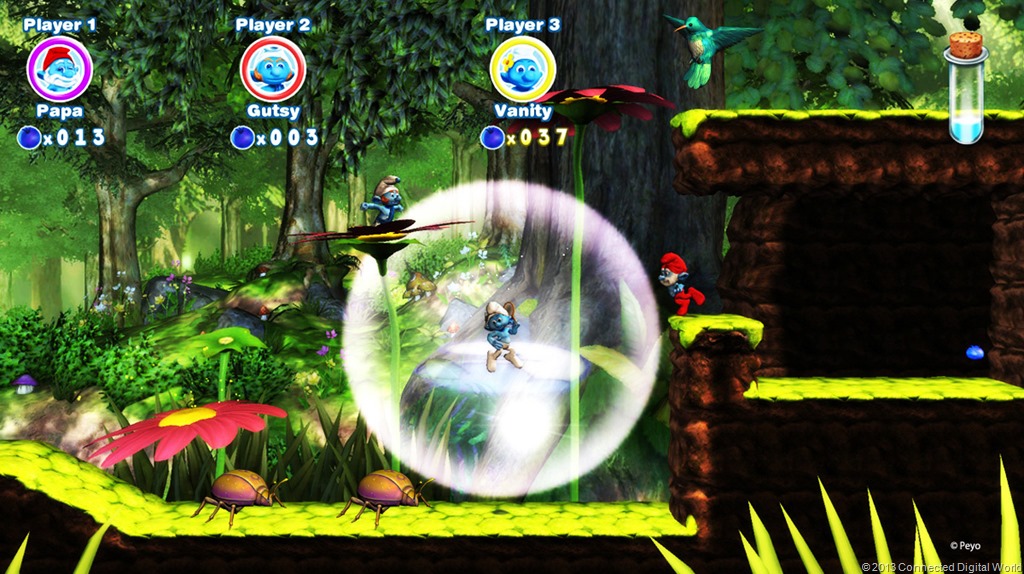 In anticipation of the July 31 release of Columbia Pictures’ and Sony Pictures Animation’s 3D hybrid live-action/animated family comedy The Smurfs 2, Ubisoft will develop and publish a video game based on the film for Xbox 360, PlayStation 3, Wii U, Wii and Nintendo 3DS. Developed by WayForward, the game will be available prior to the theatrical release.

The game is based on The Smurfs 2 film and follows up on a highly successful The Smurfs Dance Party, which became one of 2011’s top-selling movie licensed games in the US. That same year, the motion picture The Smurfs took in more than $560 million at the worldwide box office.

The Smurfs 2 video game is an action-packed adventure platformer that provides Smurfs fans of all ages with the opportunity to dive into the magical Smurfs Village and relive iconic moments and key environments from the feature film. Players assume the role of a Smurf and immerse themselves in an interactive adventure through the movie’s enchanting environments including New York City and Paris, and expand their movie experience into worlds exclusive to the video game such as The Arctic Tundra and The Lava Jungle.

Fans can follow the Smurfs adventure solo or by playing cooperatively with friends. As players progress in the game, they will be able to choose between nine Smurfs featured in the movie and can join each other in a fun multiplayer experience of up to four users playing simultaneously. Exclusive on Wii U, a fifth player will be able to join in on the action by controlling Clockwork Smurf on the Wii U GamePad.

Each Smurf has their own unique special ability to use when navigating through the more than 30 levels in six different worlds. Whether playing as Papa Smurf throwing magic potions to stun the enemies, stomping onto enemies as Grouchy Smurf, or striking a pose as Vanity Smurf to provide a platform for other players to reach hard-to-get items, each move will be used to aid in the battle against enemies such as Azrael, Gargamel the Evil Wizard and Gargamel’s Naughties.