With the growth of the “free-to-play” model seen in the past few years, MMO titles have become steadily more abundant. As a result, game developers are now challenged to give players a reason to continue playing their game and shell out money for monthly subscriptions or additional content purchases. As a result, the first few hours of an MMO is what sets the tone for the entire game, and is what inevitably hooks players in. In this series, I’ll take a look at current MMO games and review my experience as a newbie going through the game’s first ten levels.

With the recent release of the Rise of the Hutt Cartel expansion, it seemed like a good time to look at the controversial MMORPG, Star Wars: The Old Republic. SWTOR is a game that I had long been excited about prior to its release, but never had the chance to actually play it until now. During this time, I will solely live the “free-to-play” experience, and will not purchase any premium content.

Character creation was very straightforward. Players can join the Republic (Jedi) or the Empire (Sith). The first red flag I noticed was the broad category of races to choose from that…all require a subscription to play. OK…human it is! As for class, I loved Force Lighting in BioWare’s first Star Wars title, Star Wars: Knights of the Old Republic, so I went with the game’s sorcerer class, the Sith Inquisitor. 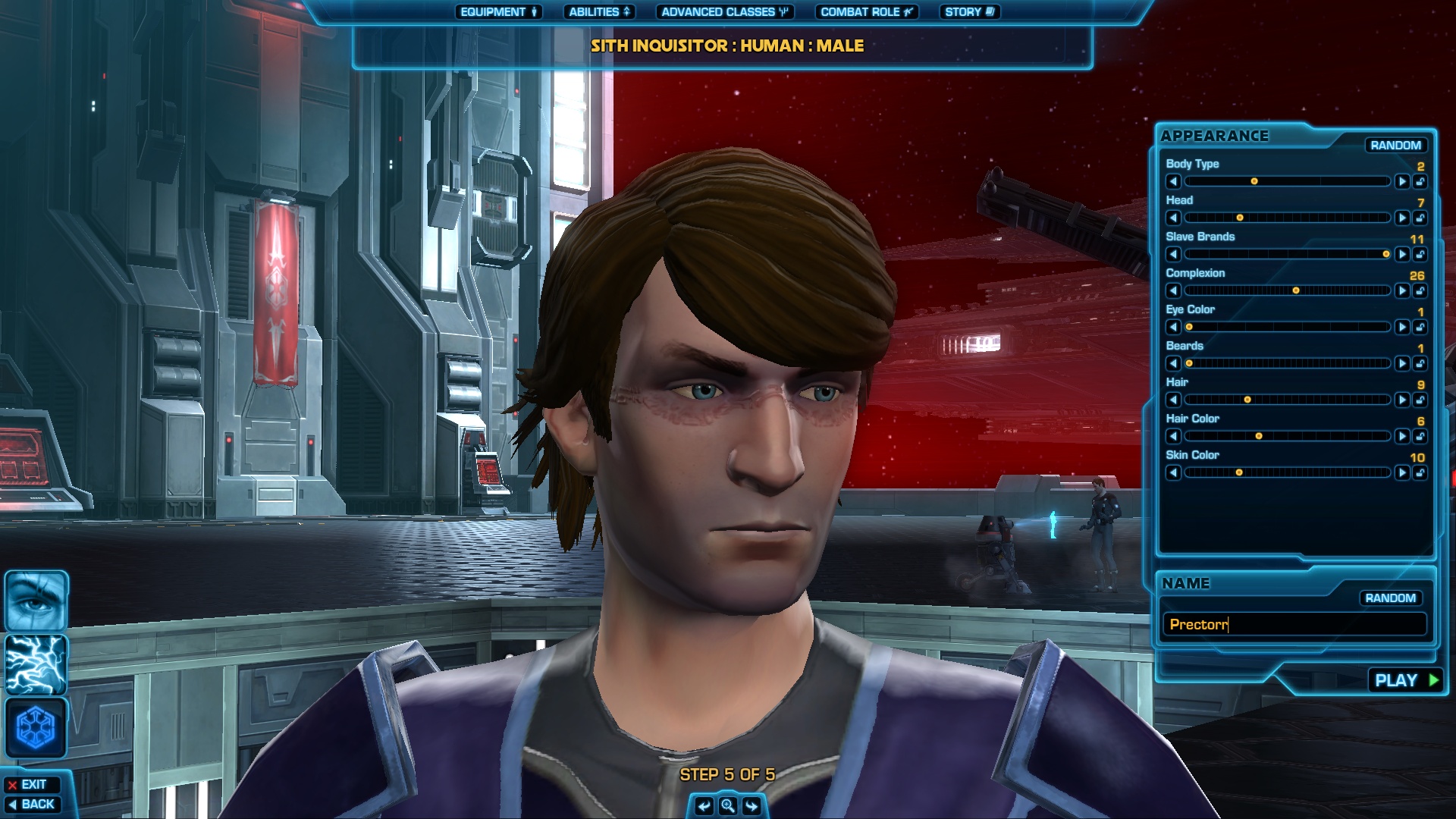 As Prectorr (the first generic name that wasn’t taken) stepped off the drop ship onto the Sith capitol Korriban, I was reminded of the same level seen in KOTOR. That said, the graphics didn’t seem to have changed much in ten years—Korriban is still a metal box of silver atop rolling hills of orange. I understand it’s a wasteland, but it would have been nice to see a bit more detail in the environments.