Who Will Challenge The Bat In Arkham Origins?

Arkham Asylum opened the gate and ushered in a serious comic book game that accurately portrayed the feeling of Batman and his psychotic relationship with the Joker. Arkham City cemented the realized world of Arkham and introduced even more of Batman’s rogue gallery. Now, Batman Arkham Origins explores the early career of the Caped Crusader and showcases the first meetings between him and his deadliest enemies. When eight deadly assassins descend onto Gotham on Christmas Eve to take out Batman, the Dark Knight must overcome his greatest challenge yet. Now, we take a look at the eight deadliest assassin’s in the D.C. Universe to see who may make an appearance in the game.

A former U.S. Army soldier, Slade Wilson was a part of an experimental super soldier project that enhanced his strength and his intelligence. Leaving his patriotism behind and choosing to follow the path of a mercenary, Deathstroke became one of the most sought after assassins in the D. C. Universe. He has worked for everyone from Lex Luthor to Black Manta to Vandal Savage. His contracts have brought him into conflict with Superman and Green Arrow yet he seems to come into consistent strife with the Teen Titans.

Deathstroke The Terminator Will Challenge The Bat

Deathstroke has already been confirmed to be in the game. He also a reocurring chracter in the CW show Arrow based on the chracter of Green Arrow. It will be interesting to see how he crosses Batman’s path early on in his career. Will Robin have a role in bringing these two titans together or will it simply be another contract for the Terminator to fulfill?

One of the more unrecognizable names on this list, KGBeast is a trained assassin from the KGB. He is a master of the martial arts, cybernetic strength, and is rumored to be an expert of every deadly weapon known to man. With a gun for a hand, KGBeast made is debut in comics in the 80’s and he has been attempting to take out Batman ever since. 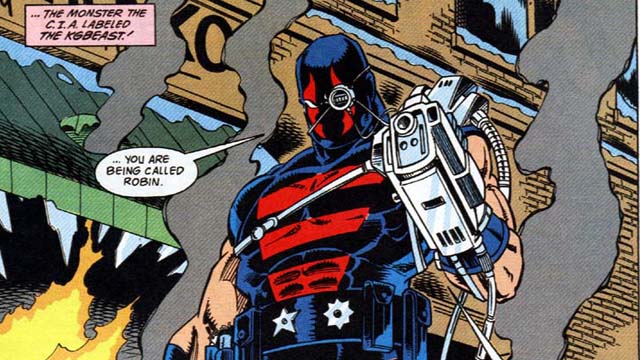 Will the KGBeast make and appearance?

KGBeast has been known to rival Batman’s fighting skills and has beaten Batman in combat before. He has even gone so far as to severe his own hand rather than be caught by Batman. KGBeast’s resolve is sadistic and the assassin has gone as far as to poison a room of over 100 people just to reach his target. Arkham Origins would be a great venue to introduce The Beast into the Arkham cannon.

Why: While the chracter has a rich history with Batman, he may be too unknown and obscure.

Nintendo fans are going to be excited for what PDP has coming soon!

Check out the newest Loot Crate/Loot Wear Blind run! I don't know what's inside them so let's find out together!

This time, the Loot Crate recap is all about building and creating!