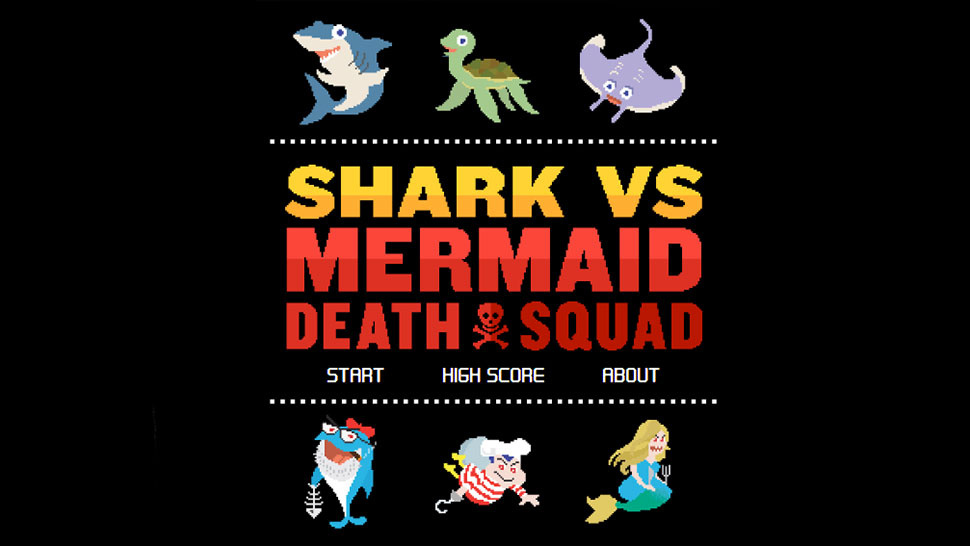 Greenpeace’s 8-bit video game Shark Vs. Mermaid Death Squad has been shared by 2 million players.  When the game launched in late March, the news outlets called the game a viral hit after it spread widely over social media with tweets from Mark Bittman, Jared Leto, and Games For Change.  Over the past month, users have continued to play and share the game, raising awareness of how tuna companies and supermarkets are hurting our oceans.

Greenpeace designed the game to highlight the unsustainable fishing practices of the three major U.S. tuna brands, Chicken of the Sea, Starkist, and Bumble Bee. In the game, users can choose to play as a shark, a turtle, or a manta ray and then navigate their way through the 20 major U.S. supermarkets ranked by Greenpeace’s annual Carting Away the Oceans Report, starting with the highest scorer, Safeway, and ending with the lowest, Bi-Lo/Winn Dixie. After three lives, users have the option of sending a direct communication to the tuna companies, demanding a stop to destructive fishing practices.

“If we don’t change the tuna industry, it will be Game Over for our oceans,” Greenpeace Senior Seafood Markets Campaigner Casson Trenor said. “Our hunger for canned tuna, one of the last remaining wild foods, is sending many species to the brink of extinction. Overfishing runs rampant in all oceans from the Pacific to the Indian, and countless animals such as sharks, turtles, rays and juvenile fish of many types are killed every year due to the behavior of the global tuna industry.”

“Canned tuna is an affordable source of protein that many families depend on,” added Trenor. “But if companies like Chicken of the Sea, Starkist and Bumble Bee don't change the way they're fishing for tuna, we will lose the ocean ecosystems they depend on, and scarcity will cause the price to skyrocket.