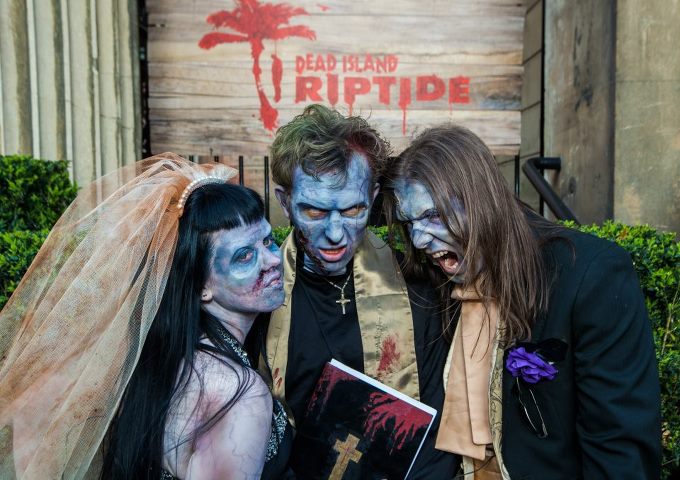 Dead Island Riptide has reanimated the zombie terror from the original game. And some fans have taken the zombie scares to the next level with a real-life wedding. As part of Deep Silver’s and Techland’s new game marketing, a bride and groom got made up as zombies and said “I do” in the video below.

In the new game, a monsoon has hit the once beautiful archipelago and heavy rainstorms have laid waste to large areas of the islands. The city of Henderson and jungle areas on the island of Palanai were flooded leaving boats as the only remaining way of transportation. Dynamic weather conditions will force the team members to adapt to changing visibility conditions in the PC, Xbox 360 and PlayStation 3 game.

A fifth character joins the team with a new and unique skill set. The combined skills of the group will be sorely needed, since terrible, new and unknown zombie mutations have emerged all over the island.

In a new hub defense missions the co-op teamplay skills of the survivors will be tested to the limit – they need to strategically place traps, fences and turrets to fend off oncoming Zombie onslaughts and to protect the humans in these sanctuaries.