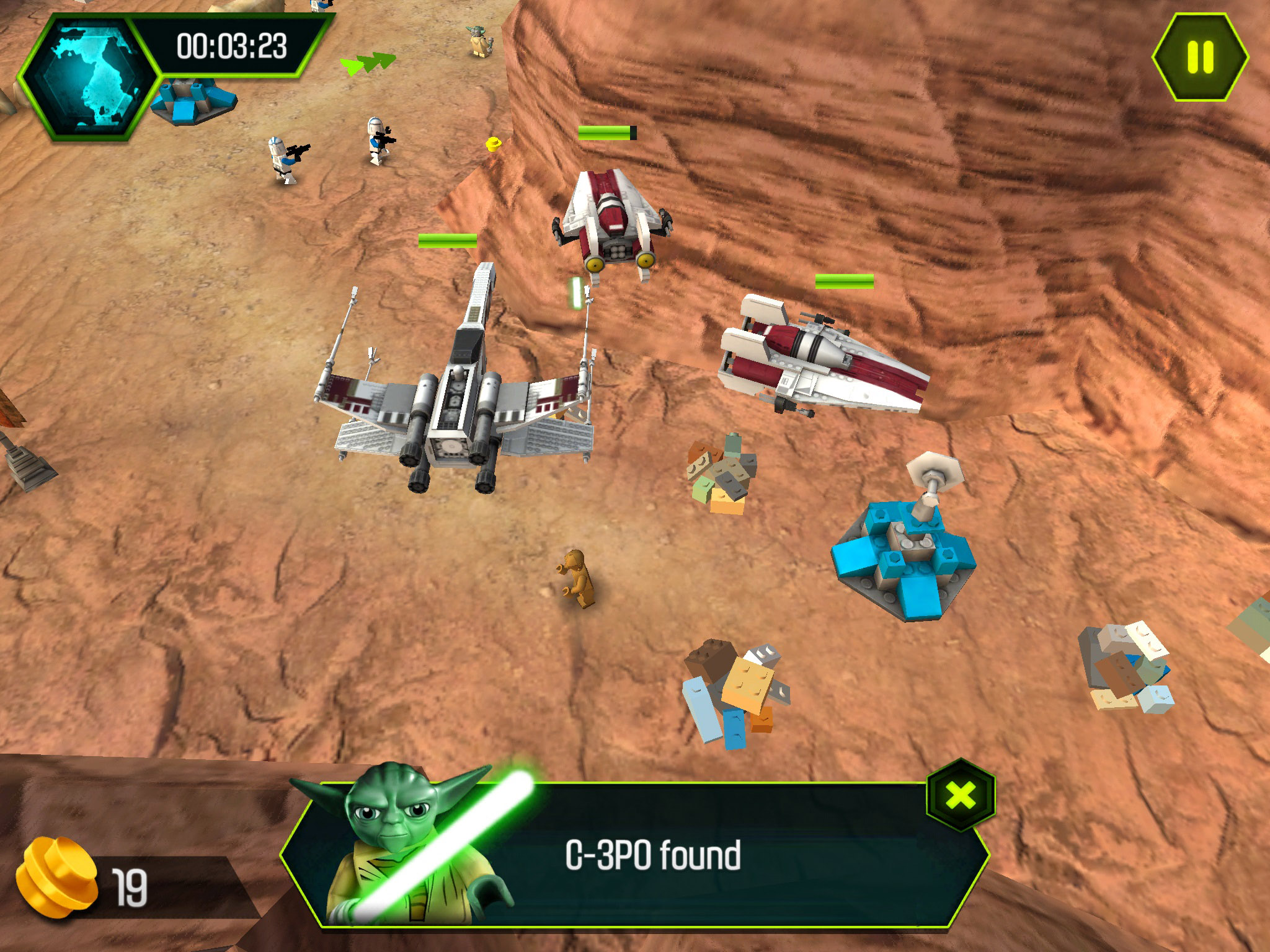 The LEGO Group has unleash the action-packed free mobile game LEGO Star Wars The Yoda Chronicles for iOS devices, as well as on the official LEGO website, just in time for May the Fourth 2013, the official Star Wars day.

The Clone Wars have raged for three years with neither the Knights of the Jedi Order or the Droid Army of the Separatists close to victory. On Coruscant in the quiet Holocron Vault at the centre of the Jedi Temple, Master Yoda instructs the next generation of Jedi – the Padawans. Little do they know that Darth Sidious has hatched a mischievous plan to tip the tide of the war and trouble is brewing across the galaxy…

Questing with Yoda or Count Dooku, players can choose to join the Light Side or the Dark Side in this thrilling new Free game. The LEGO Star Wars The Yoda Chronicles story and game intertwines with the 2013 LEGO Star Wars novelty products in a mix of real time laser battles, intricate dungeon crawling, lightsaber duels and tense space combat high above Coruscant. The game contains 15 fast-paced main levels and five bonus mini-missions, to be played as either the Light Side or the Dark Side. Half of these levels are available in the first release on May the 4th, with the remainder following in Summer 2013 when the game will also be released on Android devices.