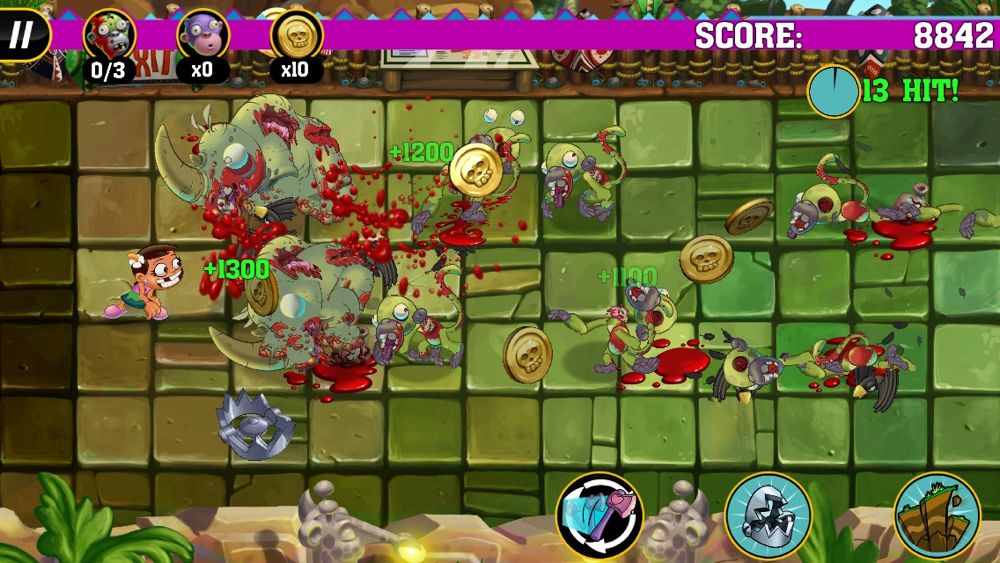 High Voltage Software is celebrating Cinco de Mayo with the release of an action-filled and muy humoroso title for iPhone and iPad starring adorable Mexican zoo “animales” and a healthy dose of blood and gore. In addition to unforgettable undead characters, Zoombies: Animales de la Muerte! includes novel gameplay that allows players to demolish beastly zombies by tracing a line for their weapon to follow before it boomerangs back. The game will eventually be coming to Android devices powered by Tegra 4, but you can check it out early in the video below.

The game’s humor, effortlessly mixing cartoony and gruesome elements, is on display through multiple weapons, upgrades, costumes, and characters. More importantly, notes the Zoombies development team, the game provides an answer to the age-old question: what will happen if the zombie apocalypse begins in a Mexican zoo?

Armed with Aztec hatchets, roman candles, and even a trained chupacabra, players take control of either Marco or Maria, two rowdy school kids unusually skilled in the mortal arts, to rescue the remaining animals from the zoo before their brains are eaten by the Zoombies. Each of the 45 levels requires timing, strategy and precision to complete 225 Sugar Skull Missions, while collecting golden pesos to earn “Especiales” upgrades, weapons, and outfits.