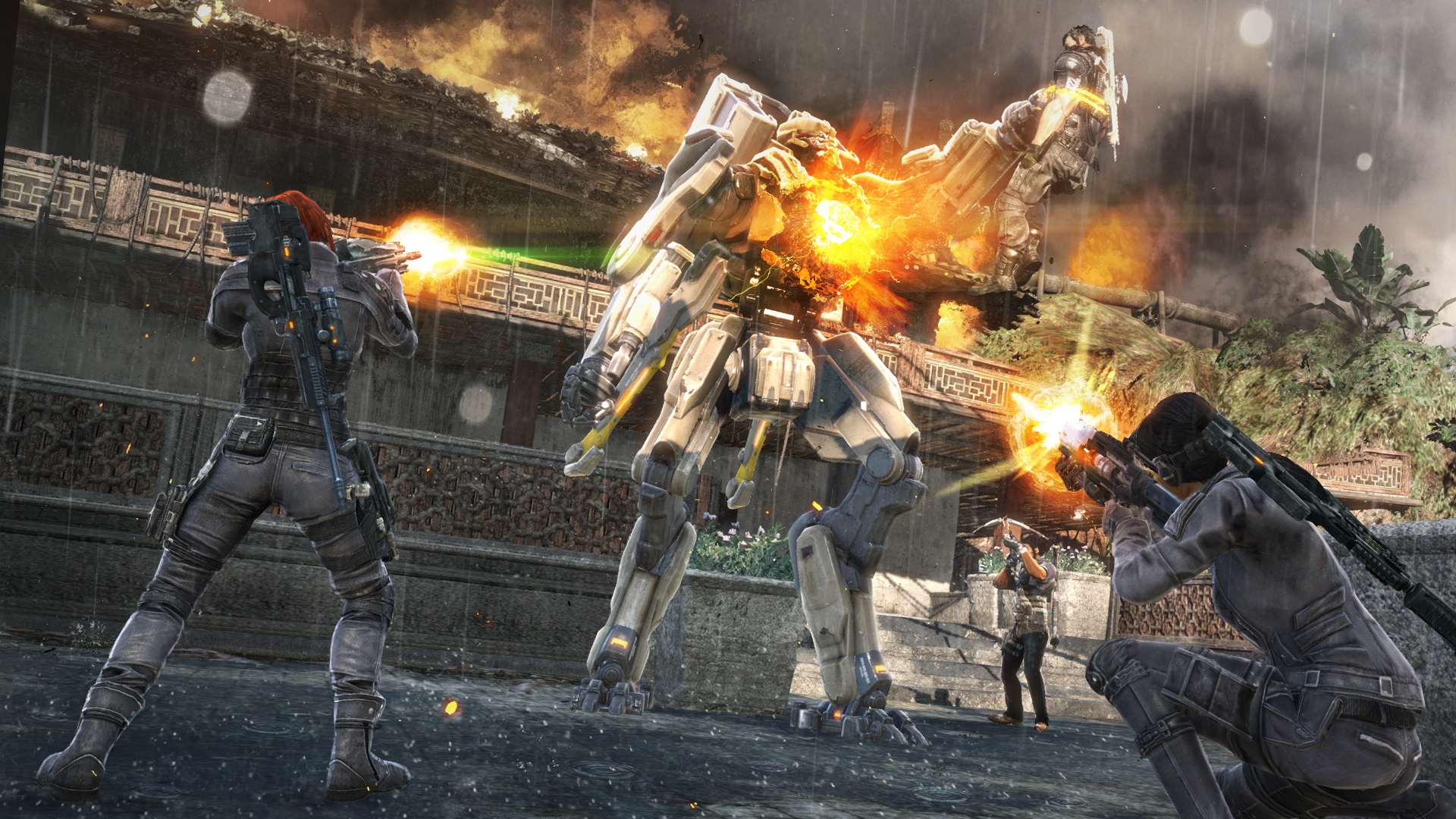 Electronic Arts and Insomniac Games will release the demo for the co-op shooter, Fuse, on Xbox Live Marketplace and PlayStation Network on May 7, allowing players to play online cooperatively with up to four players, or in a 2-player split-screen. In the demo, players will take on the role of four elite operatives – Dalton Brooks, Izzy Sinclair, Jacob Kimble and Naya Deveraux.

These special agents are out to protect mankind from Fuse, a deadly alien energy source which has been stolen by the rogue paramilitary organization, Raven. Each of the characters delivers a unique gameplay experience, as they have their own individual and unique “Xenotech” weapon and specialized skills. Players will use these abilities as they track down the Fuse source in a snowy secret weapon depot.

“When it comes to Fuse, the biggest thing we’ve noticed when sharing it with others for the first time is that playing is believing,” said Ted Price, CEO and founder of Insomniac Games. “Fuse takes four player co-op in a new direction with features you won’t find in other third person shooters: from LEAP where you can jump between each of the four unique agents at will to the experimental Xenotech weapons to the deep RPG-like character progression system. And by the way, all of these features rock for solo players as well. Join us in this brand new universe for a quintessential Insomniac Games experience.”

Players can use LEAP to switch between the four Overstrike operatives at-will during combat. Each of the four characters is equipped with unique skills and weapons that are not only necessary for survival, but also create unexpected and extraordinary results. Powered by Fuse, the Xenotech weapons give players unique capabilities to expand their strategic options in combat. Through lethal teamwork, players can combine their weapons for unique kills to earn Fuse points for powerful upgrades. Players can also play online* or offline and level up along unique character paths, unlocking more powerful Fuse-driven abilities as the game progresses. In addition, the game's progression system is unified between the campaign and wave-based Echelon mode, allowing players to continue improving their operatives regardless of how they play.

Developed by the critically-acclaimed independent studio, Insomniac Games, Fuse will mark the company’s first multiplatform release when it becomes available on May 28.