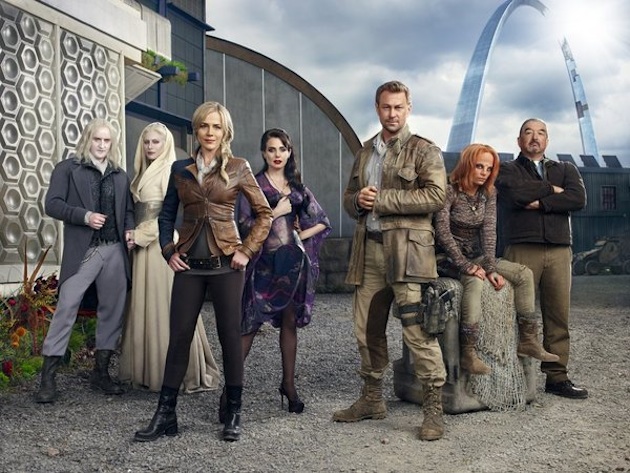 Defiance, the groundbreaking futuristic online open world shooter from Trion Worlds, has launched its first contest merging the two worlds of Defiance. Nolan and Irisa crossed from the game to the show, and now players have the chance to follow in their footsteps! To win, fans must outgun the competition in game from April 30 - May 12 to see themselves on an upcoming episode of Defiance on the Syfy channel.

Both pursuits will be in-game in the “Goals” section of the GO menu starting at 12:00am PDT April 30. The “Rogue’s Gallery” pursuit tasks you with eliminating various mutants, raiders, 99ers, and more, while the “Competitor” pursuit pits you against other ark hunters in team-based PvP and Shadow War modes. The winner will have artists from the Defiance series render their character’s likeness into a special place in an upcoming episode.

To enter this amazing chance to win a spot on the show, follow the contest registration steps at the official contest page here: www.defiance.com/most-wanted.