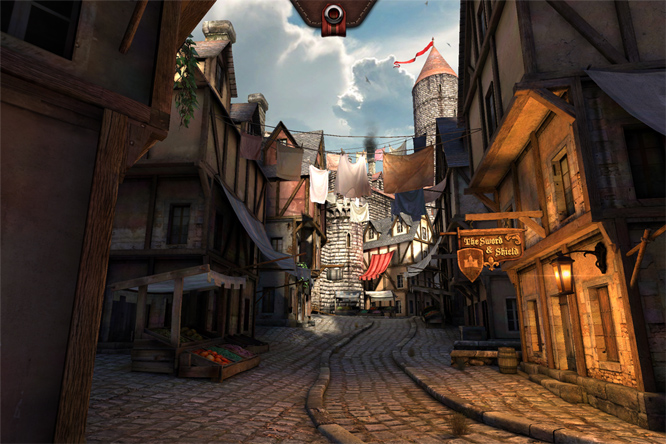 Epic Games and Mozilla have continued a close collaboration first revealed during at the Game Developers Conference (GDC 2013) to release Epic Citadel on the Web running in HTML5. No plug-ins or added components are needed to experience the free app. Epic Citadel is built using standards-based technologies like HTML5, WebGL and JavaScript, and should work in any standards-based browser implementing those features.

For optimal performance, Epic recommends loading Epic Citadel at http://www.unrealengine.com/html5 using Firefox Nightly version 23 or above, which includes optimizations for asm.js, a highly-optimizable subset of Javascript pioneered by Mozilla, whose performance can rival native code.

“With Mozilla’s latest innovations in JavaScript, game developers and publishers can now take advantage of fast performance that rivals native while leveraging scale of the Web, without the additional costs associated with third-party plugins,” wrote Mozilla on its blog. “This allows them to distribute visually stunning and performance intensive games to billions of people more easily and cost effectively than before.”

Engineering teams at Mozilla and Epic ported the award-winning Unreal Engine 3 (UE3) to the Web in just four days using the powerful combination of asm.js and Emscripten, which enables developers to compile C++ code into JavaScript.