After Earth Mobile Game To Launch With Will Smith Movie 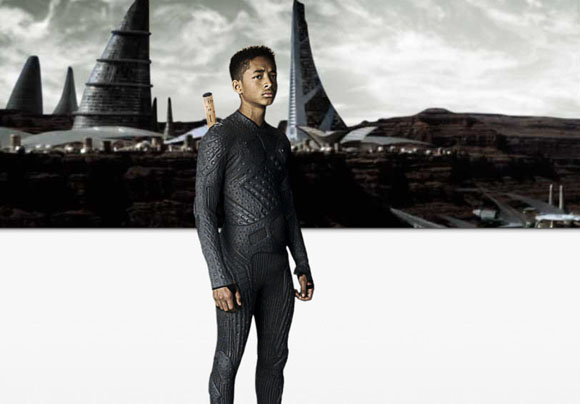 Reliance Games, Sony Pictures Consumer Products and Overbrook Entertainment have collaborated to bring the action-packed After Earth digital mobile game, based on the upcoming movie, in theaters May 31.  Reliance Games is working closely with Sony Pictures and Overbrook Entertainment to craft an interactive experience to supplement the movie; Behaviour Interactive is developing the game.

The action packed runner game features two modes: one that lets users play the story and a second that challenges their skill with an endless level.  Players must confront and defeat an array of vicious enemies in epic battles and explore the stunning environments inspired by the film.

“We are thrilled to work with Reliance Games to bring a high-quality, immersive experience to our fans,” said After Earth Producer, Caleeb Pinkett. “The game brings to life lots of the action and suspense of the After Earth universe."

Throughout the After Earth gaming experience, players must show no fear as they dodge attacks and collect hidden and unique artifacts to enhance the game experience.

“We’re excited about this great opportunity to bring After Earth to mobile by creating a challenging game with stunningly beautiful 3D environments that were inspired by the film,” said Manish Agarwal, CEO of Reliance Games. “We have experience translating popular IPs into mobile and we aim to continue that success with our partnership with Sony Pictures and Overbrook.”

In After Earth, a crash landing leaves teenager Kitai Raige (Jaden Smith) and his legendary father Cypher (Will Smith) stranded on Earth, 1,000 years after cataclysmic events forced humanity’s escape. With Cypher critically injured, Kitai must embark on a perilous journey to signal for help, facing uncharted terrain, evolved animal species that now rule the planet, and an unstoppable alien creature that escaped during the crash. Father and son must learn to work together and trust one another if they want any chance of returning home. Columbia Pictures presents an Overbrook Entertainment/Blinding Edge Pictures production directed by M. Night Shyamalan from a screenplay by Gary Whitta and M. Night Shyamalan and a story by Will Smith, and produced by Caleeb Pinkett, Jada Pinkett Smith & Will Smith, James Lassiter, and M. Night Shyamalan.