343 Industries and Microsoft Studios are giving gamers yet another way to watch Halo 4: Forward Unto Dawn. Anderson Merchandisers and Anderson Digital will distribute Blu-Ray ($28.99) and DVD ($22.99) versions of the Web series on December 4. Frank O'Connor, the Halo franchise development director at 343 Industries, talks about the series in the exclusive video below.

Halo 4: Forward Unto Dawn is a live-action digital series based on the bestselling Xbox franchise that brings a brand new Halo story to life on a scale never before seen in the Halo universe. Created in partnership with top Hollywood talent from film, television and new media, Forward Unto Dawn delivers an exciting story of heroism and sacrifice taking fans back to the beginning of the human and Covenant war and leading into the events of Halo 4, which launched with $220 million in its first day.

"This film has a TV-14 rating, and deals with some pretty grim subjects, but in the framework of the Halo universe,” said O’Connor. “Our intent was to make it "feel" like the same tone as the game, but with perhaps more emphasis on grittier, more human concepts, given the medium."

An extended 90-minute streamed version of the series is available as part of the Halo 4 Limited Edition. With the release of the Blu-Ray and DVD on Dec. 4, fans will be able to enjoy the entire film uninterrupted, plus the complete collection of bonus footage – including over 60 minutes of exclusive behind-the-scenes featurettes. 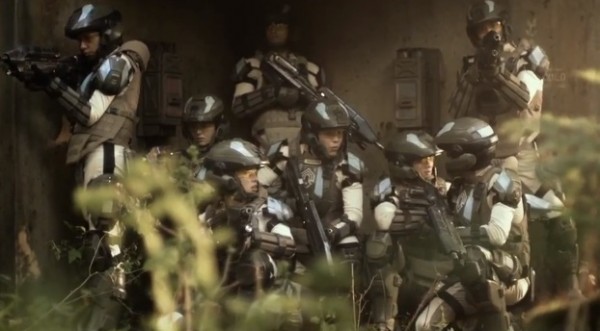