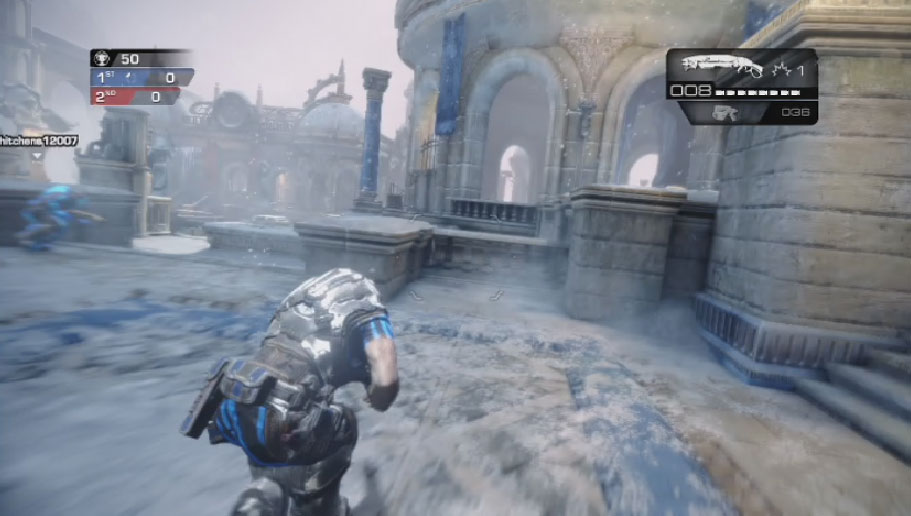 In Execution mode, the objective of each team is to kill all members of the enemy team before the time limit runs out. The catch? Unless hit with a one-shot kill weapon like the Booshka, players go into a “Down But Not Out” state and will revive at the end of the bleed-out timer instead of dying. To finish the job, perform an Execution on a downed enemy.

In addition to the new mode and map, special playlists for both Haven and Execution will be available for Gearheads, offering 200% XP boosts for a limited time (VIP pass holders will receive 300% XP boosts).

Gamers must download the DLC pack directly from the games title menu or the Xbox 360 dashboard. You can also add it to your download queue with this link via Xbox.com. The dialogue box prompting you to download the pack in the matchmaking menu is not functioning properly and will be fixed as soon as possible. In addition to the DLC, the first title update has gone live.