You better watch out. Santa Claus is coming to town early this year, and he knows who’s been naughty or nice. On November 30, Anchor Bay Films presents Silent Night on screen in ten major U.S. cities. The theatrical release will be immediately followed by the Blu-ray/DVD combo ($30) and DVD ($25) release on December 4. 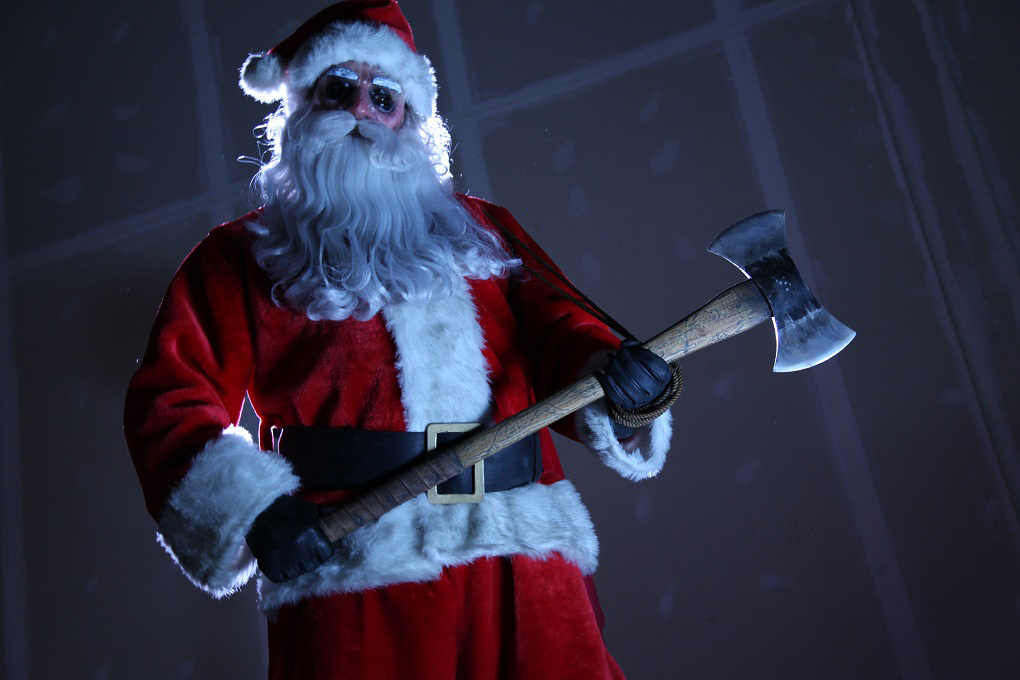 McDowell and King star as a small-town sheriff and deputy on the hunt for a murderous Santa Claus terrorizing their community on Christmas Eve. But with the streets full of Santas for the annual Christmas parade, the killer is hiding in plain sight. He’s made his list, checked it twice, and the naughty are going to pay with their lives.

Silent Night was directed by Steven C. Miller (Automaton Transfusion, The Aggression Scale) and produced by The Genre Company and Insidious Pictures. Bonus features include “Silent Night: Behind The Scenes” featurette and Deleted Scenes.

Anchor Bay also has a DVD available with the 1984 original horror film and its sequel (both movies are on one disc), which makes a nice complement for the horror fan’s stocking this Christmas.