Starz Entertainment has launched a comprehensive digital experience, Battle For Nuceria (www.battlefornuceria.com), for the upcoming final season of the international hit Spartacus: War of the Damned. Designed to be a season-long companion piece to the series, fans will be taken to the front line of Spartacus’ fight against Rome and will be immersed in the opportunity to compete with other fans to unlock unprecedented rewards, including more than three hours of exclusive video content, a grand prize trip to Italy, and the first online opportunity to unlock the premiere episode before it airs on Friday, January 25th at 9pm ET/PT. 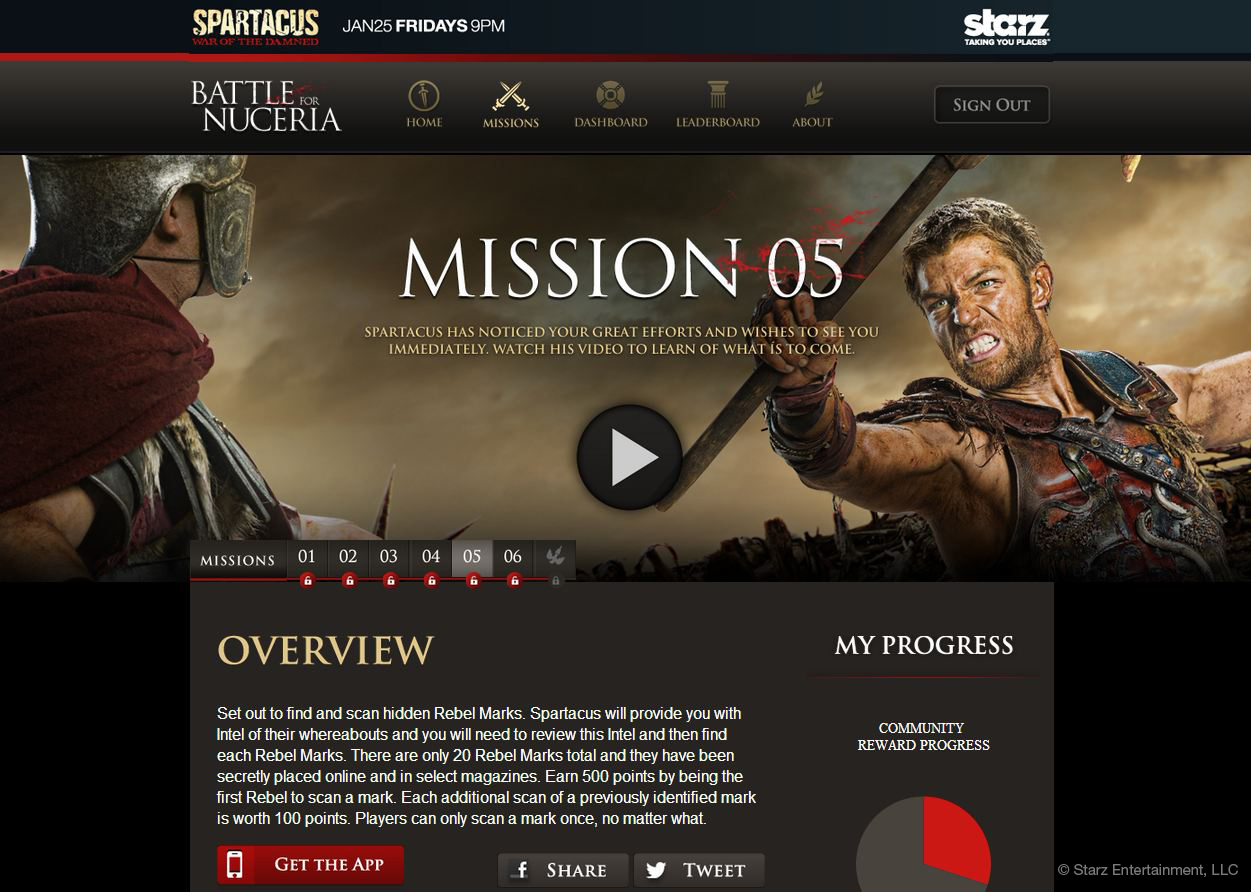 The video-rich transmedia touch points and gamification elements incorporated into the Battle For Nuceria make it one of the most unique digital experiences ever launched for a pay television series.  Features include:

Sixteen missions for fans to play against one another

An all-expense paid trip to Rome among other prizes

Preview of the Spartacus: War of the Damned season premiere episode prior to the January 25th  premiere on STARZ for winners of Battle for Nuceria