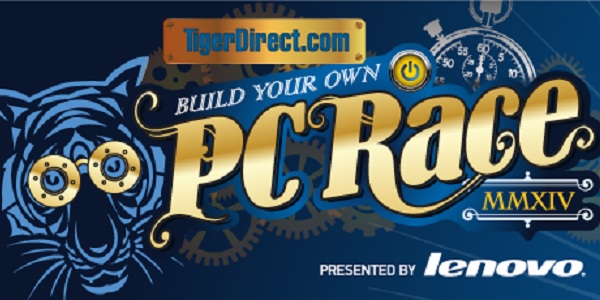 Geeks gathered in Raleigh to compete in the Build Your Own PC Race for Charity. TigerDirect in partnership with Lenovo hosted two races this afternoon whereby locals battled it out to assemble a computer from its basic component level in the fastest time. The winner of each race received a donation to the charity of their choice in additional to an all expenses paid trip to Las Vegas.

The first race was the traditional Build Your Own PC Race, now in its 16th year, which featured tech enthusiasts from the general public. The other was a special race for those who are proud to call themselves Geeks ­ the competitors are all volunteers (“Geeks”) at the Kramden Institute, Inc., a Durham-based nonprofit organization providing PCs to economically disadvantaged students. Prior to the special Kramden race, TigerDirect, in partnership with Lenovo, hosted the 16th annual PC Race for Charity to benefit Kramden Institute.

In addition to a donation to various nonprofits, today’s racers competed for a chance to win an all-expenses-paid trip to Vegas sponsored by Lenovo to compete at the 2014 Consumer Electronics Show, Lenovo electronics and TigerDirect gift cards.

Winners of the Kramden Race

This year Kai Presler-Marshall of SAS INSTITUTE and a rising sophomore at NC State emerged victorious, assembling his Lenovo Gaming PC from its basic component level in 4 minutes and 12 seconds. Presler-Marshall will travel to Las Vegas to compete inNational Consumer Finals held during the 2014 Consumer Electronics Show. In addition, Presler-Marshall received a $500 donation to Kramden, a Lenovo Horizon Table PC and a $500 TigerDirect gift card.?

Second place winner Harry Lambert, a student at UNC Chapel Hill, came in at 5 minutes and 8 seconds. Lambert was awarded a Lenovo IdeaPad Yoga 13, a $250 TigerDirect gift card and a $250 donation to Kramden.

Sam Kim of Wake County placed third, completing the build in 5 minutes and 9 seconds, just one second behind Lambert. Kim received a Lenovo K3 Lynx Tablet and keyboard, a $100 TigerDirect gift card and a $100 donation to Kramden.