Deadpool: The Game Shows Its Clever Side 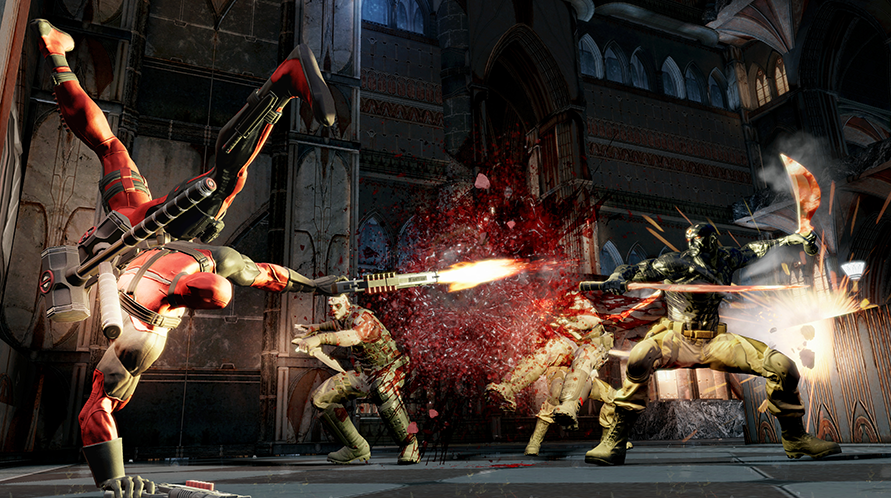 On the 25th of June, Activision will be releasing their newest Marvel based game Deadpool: The Game. Developed by Highmoon Studios, Deadpool has been in the works for two years, and is looking quite good.  If you haven’t read any of the Deadpool comics you have been missing out! Deadpool is an “Anti-superhero” Missionary with a joker personality. Unfortunately, this Deadpool title will have no involvement with any of the comic books, although this shouldn’t be a negative aspect at all. In this title, you are playing as Deadpool himself in 3rd person, but sometimes he does look at the camera and refer to you as “The player” which is a pretty cool feature because I love when players break the 4th wall. The plot of the game has to do with Deadpool “taking over” Highmoon Studios and creating a game based on himself, where he runs around killing people and other baddies such as Mister Sinister and his henchman.

According to interviews with the developers, they are really trying to capture Deadpools personality in this game with corny, quirky, and sometimes clever lines. In my opinion, the trailers were pretty funny at times, and at other times they were those small cringe-worthy phrases or scenes. Deadpool: The Game is definitely not a game to be taken seriously through play, because the game itself is not serious at all.  With jokes and silly phrases placed here and there it’s really supposed to be a fun experience, and gives the player his fun while also giving them the violence fix that every fighting/shooting platform player needs.