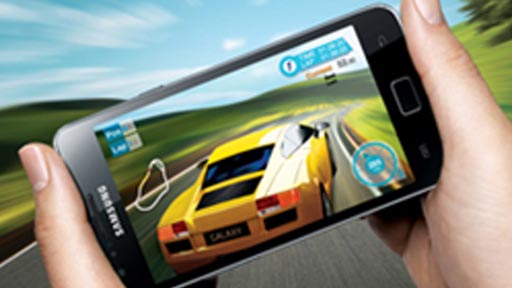 Samsung has another hit on its hands with the Galaxy S4. The smartphone already broke records with sales of 6 million phones in two weeks. Now it’s about to eclipse 10 million sales in one month worldwide. The company is giving Apple’s iPhone 5 a run for the money and promoting video games with new features like the Game Arcade controller, which you can see below.

“On behalf of Samsung, I would like to thank the millions of customers around the world who have chosen the Samsung Galaxy S4. At Samsung we’ll continue to pursue innovation inspired by and for people,” Samsung’s mobile boss JK Shin said in a statement.

Samsung is on its way to beating its own record as the Galaxy S III previously held the title of fastest-selling Android phone by selling 10 million units in under two months.