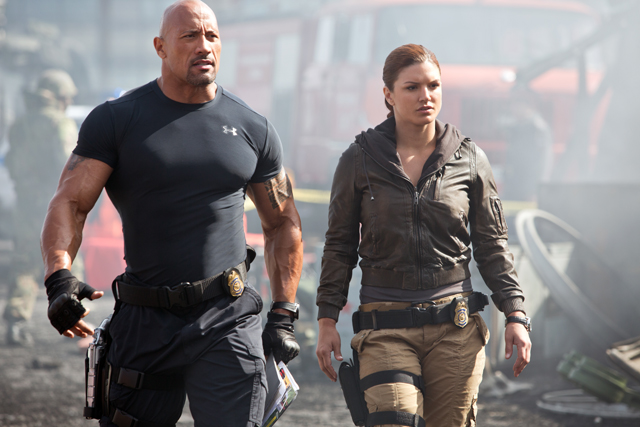 Actress Gina Carano made the leap from television in American Gladiators to professional mixed martial arts to Hollywood with Haywire. Now she’s starring in one of the biggest movies of the summer, Fast and Furious 6, alongside actors Vin Diesel, Dwayne Johnson and Michelle Rodriguez.

Carano, who also did some acting with Electronic Arts in Command & Conquer: Red Alert 3, has been using brand new A39 workout technology from Under Armour. The actress, who stays fit and performs a lot of her own stunts, talks about Hollywood and tech in this exclusive interview.

What was it like working on Fast and Furious 6 with The Rock?

Fast and Furious was my second film (after Haywire) and it was such a beautiful second experience on a completely different level and with very much different people. It was such a great knowledge experience forme.  I worked with a completely different stunt group and of course working with Dwayne (Johnson), he embodies Under Armour. I think he’s wearing that the whole time in Fast 6.  It’s like standing next to his biceps, which is usually about here on my face. I’m like, ‘I can see meatloaf pumping through his veins, my gosh,’ but he looks great and he works hard to get where he’s at and he wears Under Armour.

Do you think Dwayne Johnson will sport the new Under Armour A39?

Absolutely.  I’m sure he’d love it. He looks great in them. I wish I would have worn what he was wearing in the movie because I was mostly in like leather jackets and I just want some Under Armour. I want to look cool.

What was it like working on In The Blood?

That was more of a smaller film, but that was just very impactful for me and I feel like I really grew as a person. I feel like once you get that addiction of realizing what you can do, you want to take that to the next level. I’m hoping 2013 on multiple levels for me is going to be pushing the limit.