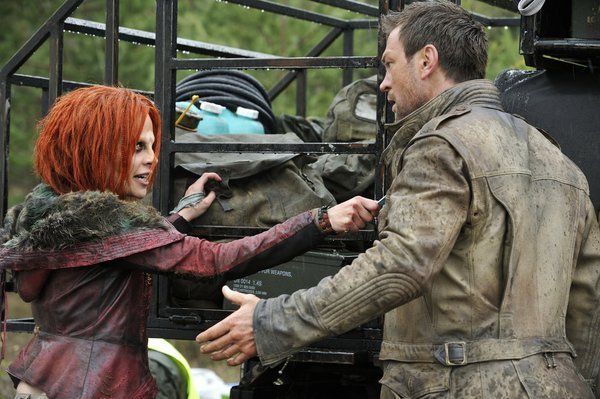 Trion Worlds and Syfy continue to blend the world of Hollywood and interactive entertainment with the critically acclaimed TV Show and MMO game, Defiance. They used Memorial Day weekend to introduce new fans to the transmedia franchise by airing the first six episodes back-to-back on the holiday. All six episodes, and a season-to-date feature recap, were also available on Video on Demand (VOD) and for online viewing on Syfy.com. The star of the show talks about the game and TV series from the set in Toronto in the exclusive video below.

In conjunction with the television replay, Trion offered the opportunity for players who have not previously experienced the early TV tie-in game content to jump in-game and play alongside lead characters Nolan and Irisa in the early episodic content.