Liam Neeson is one of the busiest men in Hollywood. He hunted them, he found them, he killed them; now they have come back to settle the score. Twentieth Century Fox Home Entertainment presents the return of former CIA operative Bryan Mills and his “particular set of skills” when Taken 2 arrives on Blu-ray Combo Pack and DVD January 15. The sequel to the 2008 box office smash Taken, this action-packed follow-up has brought in $135 million theatrically in the U.S. alone. 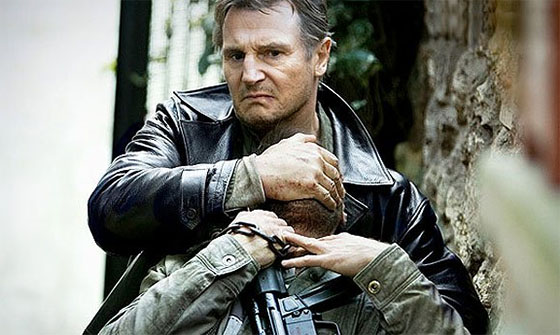 Oscar- and BAFTA-nominated actor, Neeson (Clash of the Titans, Taken, Batman Begins) returns as Mills, the retired CIA agent who stopped at nothing to save his daughter Kim from kidnappers. When the father of one of the villains Bryan killed swears revenge, and takes him and his wife hostage in Istanbul, Bryan must enlist the help of Kim to escape. Bryan then employs his unique tactics to get his family to safety and systematically take out the kidnappers, one by one.

The Blu-ray features a new Unrated cut of the film and is loaded with special features including a Black Ops Field Manual and Kill Counter, Deleted and Extended Scenes, an Alternate Ending that’s over 20 minutes long, Tools of the Trade interactive feature, and an FX behind-the-scenes piece. The Combo Pack also comes with a DVD/Digital Copy disc and Ultraviolet.

Given the box office success of the first two films, Hollywood will likely find a way for a Taken 3, especially since Neeson doesn’t seem to say no to movie offers these days. For now, enjoy the even bloodier extended cut of Taken 2 on Blu-ray.