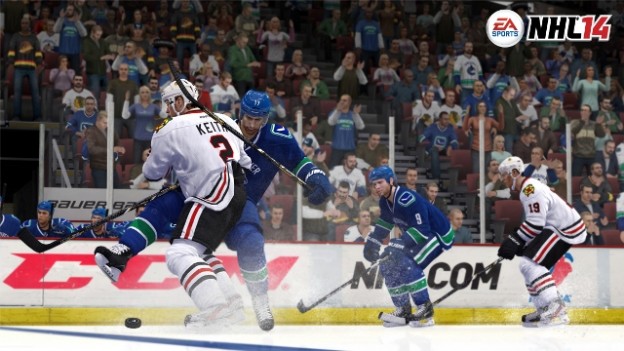 With the Final Four teams (Chicago, Los Angeles, Pittsburgh and Boston) vying for the Stanley Cup, EA Sports has revealed the North American pre-order offers for NHL14. Gamers can get the EA Sports Ultimate Pass (in which consumers will receive access to 24 Hockey Ultimate Team Gold Packs – awarded one per week for 24 weeks), plus additional retailer specific offers. NHL 14 will be available for the Xbox 360and PlayStation3 on September 10, 2013 in North America.

In addition to the EA SPORTS Ultimate Pass, each North American retailer will have a unique pre-order offer: