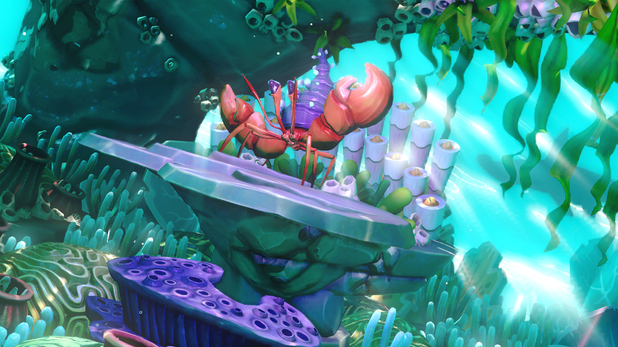 Harmonix has spent the last few years scouring the Disney Archives to bring one of Walt Disney’s most beloved films to life in a brand new way. Disney Interactive is collaborating with the developer of Guitar Hero and Rock Band on Fantasia: Music Evolved, a breakthrough musical motion video game inspired by Disney’s classic animated film from 1940. The new Kinect game will be available on Xbox One and Xbox 360 in 2014. Daniel Sussman, the project director, talks about the new game in this exclusive video interview.

Fantasia: Music Evolved transports players to a breathtaking world where music and magic combine to transform extraordinary interactive landscapes in entirely new and creative ways. In the game, players enter the magical realms of Fantasia, selected by the legendary sorcerer Yen Sid to hone their musical and magical prowess as his new apprentice. Fantasia: Music Evolved takes players on an interactive and immersive motion-controlled journey through worlds of music and magic, unleashing their creativity along the way.

Using Kinect motion control technology and natural, controller-free gameplay, players will control the music flow from some of the industry’s biggest acts, including electronic DJ and producer AVICII, chart-topper Bruno Mars, and rock royalty Queen. Fantasia: Music Evolved gives players creative power to change the mix of their favorite songs in real-time, choosing between the original recording and new remixed versions, or adding new layers of music via magical manipulators that allow them to change music in exciting and surprising new ways.

This third take in the Fantasia franchise (there was a Fantasia 2000 movie) will feature tracks from over 25 leading artists, each featuring two unique remixes in addition to the original recording. The current announced artists and songs that will appear in the game are: AVICII (Levels), Bruno Mars (Locked Out Of Heaven), Fun. (Some Nights), Kimbra (Settle Down) and Queen (Bohemian Rhapsody).

Attendees of the Electronic Entertainment Expo (E3) will have an opportunity to experience hands-on with this new game at Disney Interactive’s booth located at #1001 in South Hall.