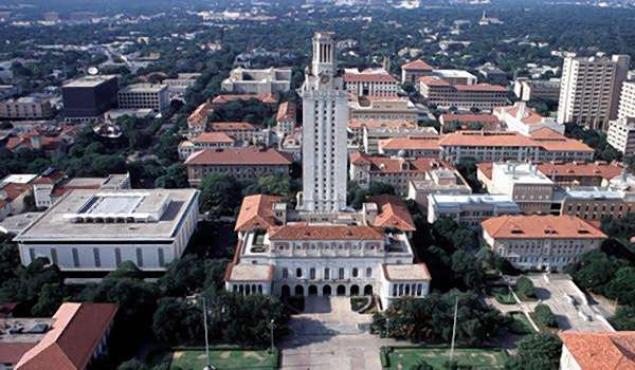 The University of Texas at Austin has partnered with video game industry leaders Warren Spector and Paul Sams to create the Denius-Sams Gaming Academy, the first video game program in the United States led and taught by gaming industry executives. Spector (M.A., Radio-Television-Film '80) will guide the curriculum and both he and Sams will serve as part-time instructors for the academy, which begins in the fall of 2014. The academy seeks to support economic growth of the gaming industry in Texas and beyond by creating the unique focus of training students to become game development team leaders.

"What differentiates the Denius-Sams Gaming Academy is that it will focus explicitly on the bigger creative leadership aspects of game development – on the management and production side and on the creative leadership side," said Spector, who will also serve as co-chair of the academy's advisory board. "This is a space that's not being filled by the other programs and it will make the academy unique."

Spector is a 30-year veteran of the video game industry and is known for his work on the Ultima, System Shock, Deus Ex and the Disney Epic Mickey game series. He has worked on more than 20 production teams as a designer, director and producer.

Sams is chief operating officer and a 17-year veteran of Blizzard Entertainment® where he is responsible for the company's global business operations. During Sams' tenure, the company has produced some of the industry’s most critically acclaimed and commercially successful game franchises including Warcraft, Diablo, StarCraft and World of Warcraft. Sams also shares responsibility for the growth of one of the largest online gaming services in the world, the company's Battle.net.

The Denius-Sams Gaming Academy was made possible by the Cain Foundation and Paul and Susan Sams (B.J., Journalism '92).

"Susan and I believe The University of Texas at Austin has a tremendous track record of building nationally recognized programs that generate the leaders and critical thinkers the gaming industry needs," Sams said.  "The program will focus on building the skills required for students to lead teams and develop games from concept to completion, while growing talent for the gaming industry."