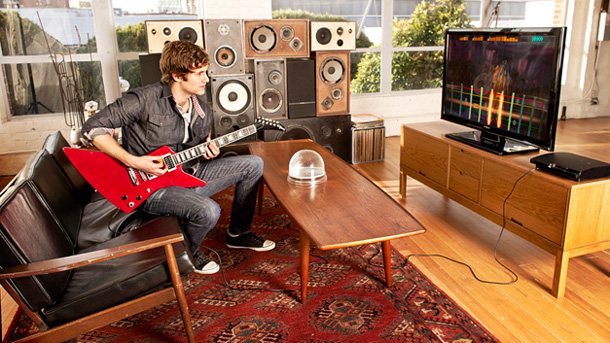 A new national study by Research Strategy Group has found that Rocksmith is the fastest way to learn how to play the guitar. The study was conducted with hundreds of participants across greater New York, Los Angeles, Chicago, and Dallas. The new research supports earlier findings from a consumer survey by Toluna Group that reported 95% of Rocksmith players say it improved their guitar skills.

“We’re thrilled with the results,” said Tony Key, US senior vice president of sales and marketing at Ubisoft. “These studies confirm our view that Rocksmith is a huge success at teaching players real guitar skills that are highly effective and enjoyable and will last them a lifetime.”

Ubisoft has sold 1.4 million copies of the Rocksmith series worldwide since its initial release in October 2011. An additional 3 million songs have been downloaded from the title’s library of 143 DLC tracks. Altogether, players have played an estimated 112 billion notes and developed an estimated 1.6 million blisters on their fingers.

Ubisoft will be expanding the franchise with news at E3.