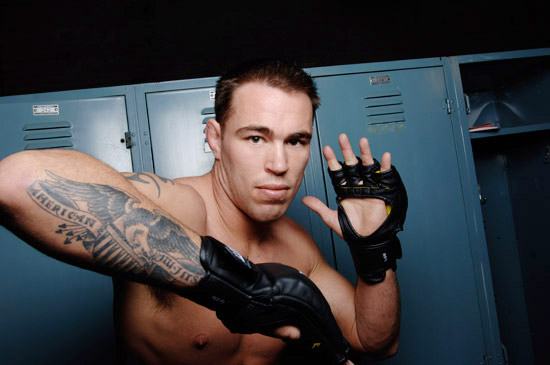 In the wake of E3, PETA turns to video games to focus attention on one of its hot button issues. And it's partnering with MMA fighters. Jake Shields has some unusual opponents to take on before his June 15 fight in Winnipeg: a secret underground animal experimentation ring. That's the plot of PETA's brand-new online game, Cage Fight: Knock Out Animal Abuse, in which players take control of old-school arcade versions of real-life MMA fighters to bash through waves of scummy animal experimenters and free animals from painful laboratory tests. In addition to Shields, gamers can play as fighters Aaron Simpson and Georgi Karakhanyan, with Octagon Girl Arianny Celeste—who also sat down for a video interview with PETA about the game—there to cheer them on.

"Cage Fight doesn't just show you how animals suffer in laboratories—it gives you the chance to combat cruel animal experimenters, both in the game and in real life," says PETA Director of Marketing Innovations Joel Bartlett. "While you're pummeling sadistic experimenters with MMA fighters' fists in the game, you can use PETA's website to fire off protest letters to real-world institutions that cage, poison, and kill animals."

"The PETA video game is an absolutely incredible, innovative, unique way to reach people that might not be aware of the cruelty that these animals endure," says Celeste, who also discusses the new PETA Latino in her interview. "Gamers that probably wouldn't go to the PETA website are now becoming aware of things that are happening every day."

The three MMA brawlers featured in Cage Fight: Knock Out Animal Abuse are no strangers to sticking up for animals: They're all vegetarians. The game features three levels, allowing players to tackle three industries that abuse and kill more than 100 million animals every year: university experimentation, military trauma training, and pharmaceutical testing. Players can amp up the difficulty of the game by typing the cheat code "tempehrun" during game play and participate in PETA's online action alerts—such as urging the National Institutes of Health to stop funding experiments on cats—to unlock other useful codes.