E3 2013: Microsoft Unveils A Full Slate Of Xbox One Games 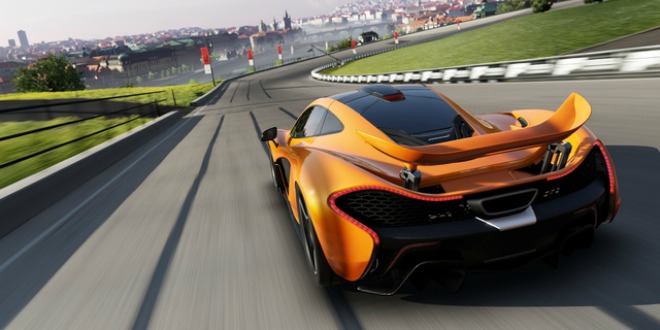 Microsoft spent most of its time kicking off E3 2013 discussing Xbox One exclusives. The full lineup of Xbox One games unveiled by Microsoft at E3 are listed below, including some cross-platform games that will feature exclusive content for the new $500 console launching this November.

Battlefield 4 (DICE, Electronic Arts). DICE ushers in the next era of world-class gaming with Battlefield 4. The chaos of all-out war explodes, now with groundbreaking new innovations all running at a smooth 60 frames-per-second on Xbox One. With Battlefield 4, the intensity of combat will never be the same.

Below (Capy Games, Microsoft Studios). Below is a classic rogue tale with moody graphics and Kinect technology. You’ll scour the open world in search of rare and special loot while battling the malevolent Darkness, an artificial intelligence-controlled character that uses Kinect to sense and change level progression based on the room’s surroundings.

Crimson Dragon (Grounding/Land Ho!, Microsoft Studios). Humanity has been driven to the brink of extinction on a colonized planet ruled by dragons. It’s up to you to take control of a powerful dragon and battle for control of the skies in this thrilling flight-based shooter.

D4 (Access Games, Microsoft Studios). An episodic noir adventure, D4 follows the story of a detective with the curious ability to dive back in time. He must use this power to solve his wife’s murder and then try to prevent it from occurring.

Dead Rising 3 (Capcom Vancouver, Microsoft). Launching in November exclusively for Xbox One, Dead Rising 3 marks the return of the wildly popular zombie franchise and introduces a blockbuster open-world action experience that will define a new generation of zombie-slaying mayhem. With intense action, an unmatched level of weapon and character customization, and immersive Xbox SmartGlass and Kinect integration, Dead Rising 3 delivers a heart-pounding experience unlike any other as players fight for survival in a massive, open world teeming with thousands of undead.

Forza Motorsport 5 (Turn 10 Studios, Microsoft Studios). Launching in November, “Forza Motorsport 5 is a cinematic automotive journey starring the world’s greatest cars and tracks. Built from the ground up to take advantage of Xbox One and the vast power of the cloud, no game better delivers the wide-eyed thrill of racing.