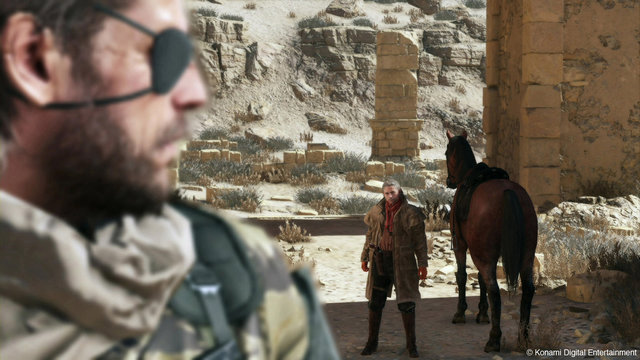 During a recent roundtable interview at E3, Metal Gear series creator Hideo Kojima elaborated on the mission structure of the upcoming Metal Gear Solid V: The Phantom Pain; comparing it to the episodic format of a television show.

An earlier E3 trailer revealed that the game will feature an open-world environment and Kojima explained that within that open world are a variety of missions or “episodes” that players are free to tackle in any order they choose. Each mission will have its own bits of story to offer and together all of the missions will contribute to the game’s overall narrative as the players works their way through the game.

Kojima went on to explain that this new episodic format was partially inspired by other open-world games such as Grand Theft Auto but it also fit perfectly with the studio’s new aspiration of presenting a more realistic espionage simulation. By giving players a chance to explore the world between missions, the game feels more like an episodic open-world tv show as opposed to a movie which funnels the player along a linear narrative.

Kojima ended the interview with some hopeful words for Metal Gear fans: "Creating that kind of freedom [for the player], I think that's the future of games.”