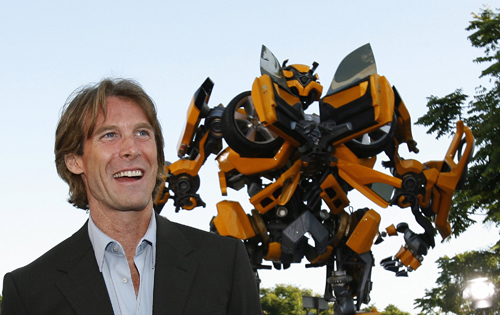 Ubisoft Motion Pictures, the film and television division of Ubisoft, is collaborating with Warner Bros. Pictures and Michael Bay (Transformers 4) on the development of a feature film based on Tom Clancy’s Ghost Recon. Bay most recently produced the commercial for Electronic Arts’ Need for Speed The Run.

“Having one of Hollywood’s boldest feature film directors attached to bringing Ghost Recon to the big screen is a dream come true for us,” said Jean-Julien Baronnet, chief executive officer, Ubisoft Motion Pictures. “And with Warner Bros. unmatched track record of successfully producing, marketing and distributing big movies from the industry’s top talents, we think this project has huge potential.”

Michael Bay is the fourth-highest grossing director of all time with combined receipts as a producer/director totaling more than $5.5 billion.  His directing resume includes Bad Boys and Bad Boys II; The Rock; Armageddon; Pearl Harbor; The Island; and the three Transformers blockbusters.  His most recent film, the dark comedy Pain & Gain, starring Mark Wahlberg, Dwayne Johnson and Anthony Mackie is currently in theatres and will soon release around the world, beginning August 2013.  Bay is presently on location filming Transformers 4 with a brand new cast, starring Wahlberg, Stanley Tucci, Kelsey Grammer and newcomers Nicola Peltz and Jack Reynor, set for release in summer 2014.

Ubisoft Motion Pictures was created in January 2011 to expand the audience of Ubisoft’s successful video game brands by bringing them to film, television and Web series. In addition to the Tom Clancy’s Ghost Recon film, the studio is also partnering with New Regency on the upcoming films based on the Assassin’s Creed and Tom Clancy’s Splinter Cell franchises, and is in production on the Rabbids TV series, a collection of 78 seven-minute CGI episodes based on the insane stars of the video game franchise of the same name, in partnership with France Televisions and Nickelodeon.