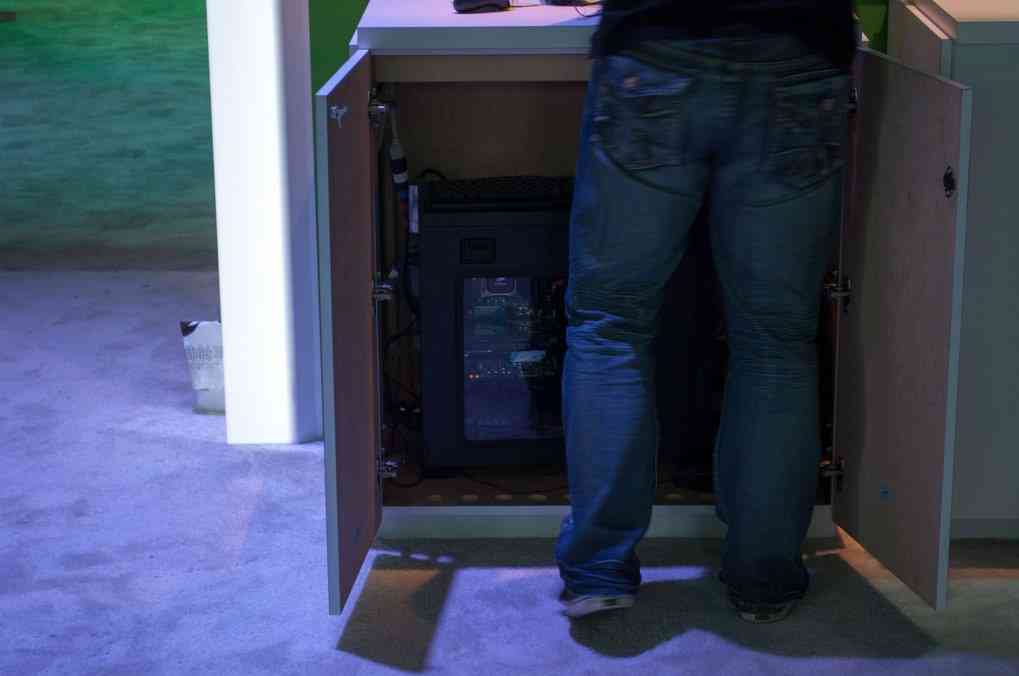 Ever since their Xbox One debut event back in May, Microsoft has been fighting an uphill battle to garner excitement for their next-gen console but despite a few setbacks, things seemed to be going better for them at this year’s E3 convention. However, if the latest rumors are to be believed, the very thing that could have saved the Xbox One at E3 may in fact be its undoing.

A few eagle-eyed reporters over at Cinemablend.com noted that a broken Xbox One game returned to the Windows 7 home screen when it malfunctioned and that, according to a pic they snapped, it was running on an Nvidia graphics card which was odd considering the fact that Xbox One uses an AMD card. Another oddity (which you can see in the below screenshot) was the Xbox One E3 demo for Battlefield 4 which displayed a “Backspace” keyboard command in the top right coner. While Cinemablend tried to remain unbiased by saying that using PC’s to run high-end demos for console games at E3 is actually a pretty common practice, Jonathan Blow, one of the developers for the upcoming PS4/PC game The Witness, refuted that assumption. According to Blow, The Witness was running on a fully functional PS4 dev kit at E3 as were several other games presented during Sony’s PS4 E3 conference. Blow also took to Twitter to help clarify what exactly a “dev kit” is, saying that:

“Dev hardware is the hardware that will be in the final retail box, but in a less consumer-oriented package.”