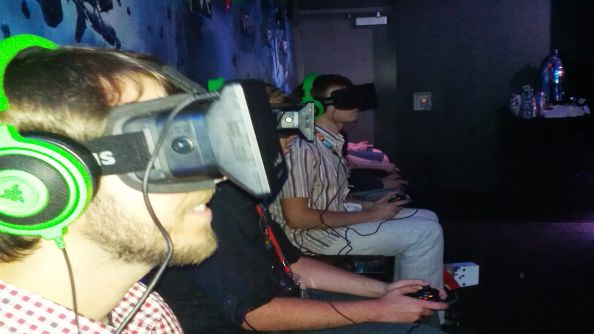 CCP rolls into the next ten years with a series of projects to take the adventures of the EVE Online universe out of the game and across all popular media. Information on CCP’s upcoming television, graphic novel and other publishing projects are in the offering.

Explore New Eden in the latest free expansion to one of the longest running MMOs in gaming. A universe of adventure and discovery await the pilots of EVE as the boundaries of New Eden open and changes made in shipyards across the regions fuel war on unprecedented scale. New screens, info and the EVE Online: Odyssey launch trailer are ready to undock!

Conquer the planets of New Eden as an immortal mercenary. In DUST 514, the power to topple empires is in reach for all who dare to seize it. Accept the biggest contracts and carve out your place in the universe, one planetary skirmish at a time. The E3 exclusive “Fight Your Own War” trailer and action packed screenshots are ready to deploy.