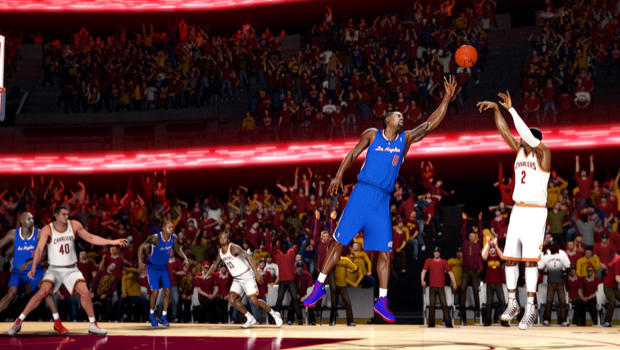 EA Sports used E3 2013 to make the next gen debut of NBA Live 14. The new game was featured behind closed doors running on the Ignite game engine. EA also released a trailer featuring Cavaliers point guard Kyrie Irving showcasing what fans can expect from the latest installment of the game. Check out the exclusive developer interview below.

The game features new BounceTek technology, which adds a physics-based dribbling system to gameplay. In addition, there will be updates from every NBA game that fuel the way players move, the way they play and decisions they make, so every single player evolves throughout the season.