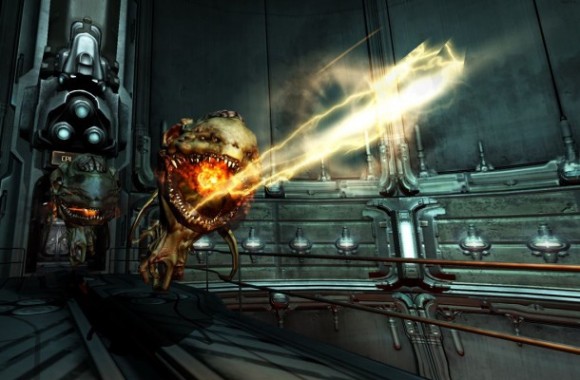 In December 1993, gaming changed forever when id Software's seminal shooter DOOM was released, and it shook the foundations of the medium. Daniel Pinchbeck's DOOM: Scarydarkfast brings together the complete story of DOOM for the first time.

The latest entry in the University of Michigan Press' Landmark Video Games series, DOOM: Scarydarkfast takes a look at the early days of first-person gaming and the video game studio system. It discusses the prototypes and the groundbreaking technology that drove the game forward and offers a detailed analysis of gameplay and level design. Pinchbeck also examines DOOM's contributions to wider gaming culture, such as online multiplayer and the modding community, and the first-person gaming genre, focusing on DOOM's status as a foundational title and the development of the genre since 1993. Pinchbeck draws extensively from primary data: from the game itself, from the massive fan culture surrounding the title, and from interviews with the developers who made it. This book is not only the definitive work on DOOM but a snapshot of a period of gaming history, a manifesto for a development ethos, and a celebration of game culture at its best.

"This book is a love letter to DOOM and its various creators, written by a highly educated and devoted scholar and player,” said Katherine Whitlock, California State University-Chico. “The book offers a well-grounded sense of the game and does an excellent job working its way through a range of topics: from the software company to the graphics engine to the story to the sound to the final game."

Pinchbeck is Reader in Computer Games at the University of Portsmouth and Creative Director of thechineseroom, an independent, research-led game development studio.

Be the Doom Slayer on the go!