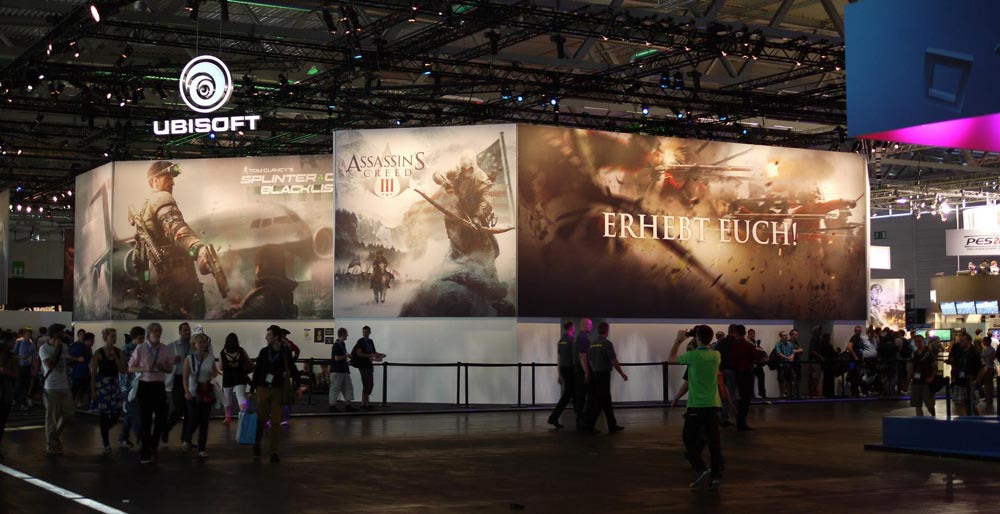 France is the partner country of the Gamescom 2013 in Cologne, Germany August 21-25. The French will be heading the international community of exhibitors at the world’s largest trade fair for games. The French games industry will be presenting itself at the exhibition grounds of the Koelnmesse to the Gamescom visitors from 84 countries. After Canada, Great Britain and Korea, the Gamescom is again welcoming one of the leading gaming countries in the world as its partner country – namely France and Le Game.

With 28 million players and a turnover of approximately $2.36 billion, France is one of Europe’s largest and highest revenue markets, which in turn provides important economic impulses. Global key players of the industry such as Ubisoft, Big Ben Interactive, Focus Home Interactive, Akama, Arkane Studio, Pretty Simple, Quantic Dream and Dontnod are based in France.

The Koelnmesse as the organizers of the Gamescom, the Association of Interactive Entertainment Software (BIU) e.V., as the honorary sponsor of the Gamescom, and the National Syndicate of Video Games (SNJV), as their partner, will announce this partnership in Cannes behind Le Game, the brand new banner of French uncompromising creative industry.

“France has been a strong partner of the Gamescom from the very onset,” said Katharina C. Hamma, Chief Operating Officer of the Koelnmesse GmbH. “Numerous companies have exhibited at a joint national stand every year, which is why we are all the more delighted to be able to present France as this year’s partner country thanks to the support of the SNJV and his partners behind Le Game.”

Based on the success of the first Surge!