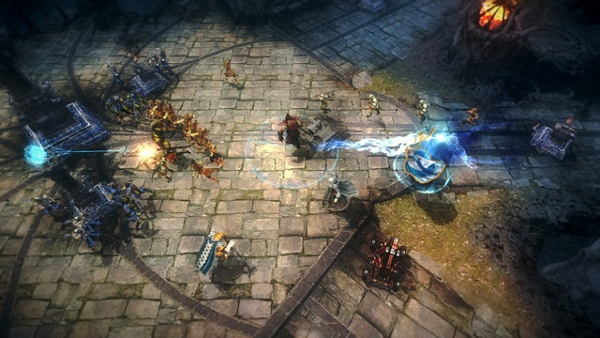 With more than 20 playable Guardian characters available for unparalleled competitive play, Guardians of Middle-earth is $14.99 on PlayStation Network, and 1200 Microsoft Points on Xbox LIVE Arcade for Xbox 360. A separate Season Pass can be purchased for just $14.99 more, or 1200 Microsoft Points for Xbox 360, and provides discounted access to a significant amount of additional game content to be released in the future, including Guardian characters and a new gameplay mode. The game and the Season Pass are available for bundled purchase in select retail stores across North America for a price of $29.99 beginning Dec. 4.

“Guardians of Middle-earth provides an avenue for fans to experience memorable Middle-earth characters firsthand, including many from The Hobbit: An Unexpected Journey film,” said Samantha Ryan, Senior Vice President, Production and Development, Warner Bros. Interactive Entertainment. “The game has all of the depth and rich competitive strategy of traditional MOBA games and provides a great entry point for new MOBA players on consoles, since it is set in the familiar fantasy world of Middle-earth.”

In Guardians of Middle-earth, gamers team up as the most powerful heroes from the greatest fantasy epic of all time, bringing up to 10 players together in strategic five versus five competitive multiplayer battle arenas. There will be more than 20 playable Guardian characters available at launch, drawn from both The Lord of the Rings Film Trilogy and The Hobbit Film Trilogy, including Gandalf, Nori, Eowyn, Legolas, Galadriel, Sauron and Gollum. Gamers will be able to connect with other players via an in-game voice communication system, as well as access a comprehensive online stat and leader board system where they can track friends’ victories and defeats. The game will include several characters from the upcoming The Hobbit: An Unexpected Journey motion picture, which is set for release on Dec. 14, 2012, directed by Peter Jackson and a production of New Line Cinema and Metro-Goldwyn-Mayer Pictures (MGM).