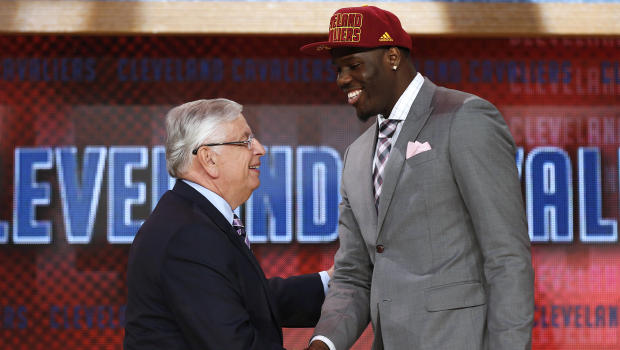 The 2013 NBA Draft on ESPN delivered a 2.6 overnight rating, tied for the highest-rated since 2003, according to Nielsen. The Draft was up 13 percent compared to last year’s telecast, which posted a 2.3. The Draft peaked at a 3.3 rating from 8:30-8:45 p.m. ET. The 2013 NBA Draft is tied with the 2007 event as the highest-rated since 2003 – the first year ESPN televised the event – which featured the historic Draft class of LeBron James, Dwyane Wade, Carmelo Anthony and Chris Bosh. The nomber one pick in the 2013 draft, Anthony Bennett of the Cleveland Cavaliers, talks about video games in the exclusive interview below.