NAMCO BANDAI Games and LEVEL-5 are happy to announce that a demo for the highly anticipated Japanese Role-Playing-Game Ni no Kuni: Wrath of the White Witch will be available on the Sony PlayStation Network for the PlayStation 3 computer entertainment system on December 4th in North America and on December 5th in Europe. 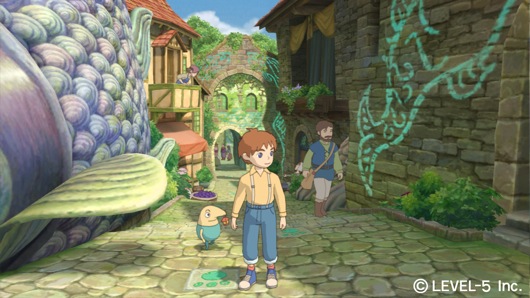 Players will be able to experience two different levels of the game where they can test their mettle against a couple of the game’s most infamous bosses: Guardian of the Woods and Moltaan.

Ni no Kuni: Wrath of the White Witch is an epic JRPG developed by the critically acclaimed development studio, LEVEL-5. The game features animations and cut-scenes that are produced and supervised by the legendary Japanese animation company, Studio Ghibli. The music in the game was composed by the world-renowned music composer Joe Hisaishi.

Ni no Kuni: Wrath of the White Witch is the heart-warming tale of a young boy named Oliver who embarks on a journey into another world to become a wizard in an attempt to save his mother. Along the way, Oliver makes new friends and tames many of the wonderful creatures that inhabit the world, raising them to battle other creatures on his behalf as he takes on formidable enemies.

Ni no Kuni: Wrath of the White Witch will be available for purchase at the PlayStation Store and at videogame retailers in North America on January 22nd 2013 and in Europe on January 25th 2013.