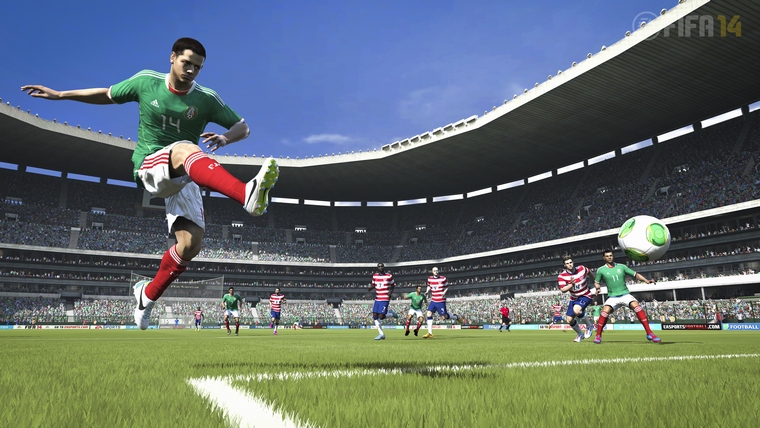 EA Sports has signed one of Mexico’s most popular and accomplished soccer (or football) players, Javier “Chicharito” Hernandez, to a multi-year endorsement contract that will see him make his debut on the cover of FIFA 14 in Mexico, and on one of two covers in the United States. Chicharito will appear wearing the Mexican national team home kit alongside the world’s top soccer player, Barcelona and Argentina superstar Lionel Messi. Fans in the United States will also have the option to choose the global cover featuring an iconic image of the world’s No. 1 player, Messi.

Chicharito is a natural goal scorer beloved by fans in Mexico for his exceptional performances and goal-scoring track record since he took the world stage with the Mexican national team at the 2010 FIFA World Cup South Africa. The 25-year-old is already the fifth highest goal scorer of all-time for the Mexican national team. In addition, Chicharito has gained international admiration for three incredibly successful seasons with Manchester United Football Club.

“We have long admired the flair and passion Chicharito brings to the sport,” said David Rutter, Executive Producer of FIFA 14. “With Hernandez on our team we have Mexico’s best and most exciting player to help EA Sports make a deeper connection with our fans.”

“For me it's a real honor to have been selected to appear on the cover of FIFA 14, first of all because I declare myself a big fan of this game, and second  because I’m looking forward to sharing my passion for football and EA Sports FIFA 14 with fans all over the world,” said Hernandez.