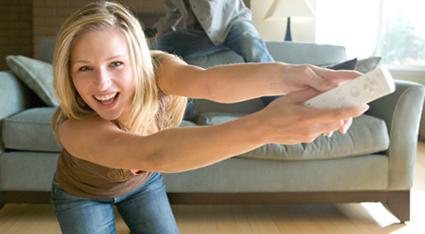 Nearly 60 percent of Americans play video games and almost half of all video game players are women, according to the 2013 Essential Facts About the Computer and Video Game Industry. The annual report, released at E3 2013 by ESA, examines the state of the video game industry and provides statistics on consumer demographics; the types of games played and game platforms used; how parents monitor and engage with their children around game play; and industry sales figures.

In addition to demonstrating the growth and diversity of the industry’s consumer base, Essential Facts shows that parents value tools, such as the Entertainment Software Rating Board (ESRB) video game rating system, that help them make informed choices about their family’s game play. Nearly 90 percent of parents reported the ESRB rating system is either very or somewhat helpful in choosing games for their children, and 86 percent said parental controls available on all video game consoles are useful – a sharp increase from 73 percent in 2012.

The report also found that parents increasingly acknowledge the benefits of game play. The majority of parents believe video games are a positive part of their child’s life. Moreover, more than 70 percent of parents said that games provide mental stimulation or education, and 62 percent said games help kids connect with friends.