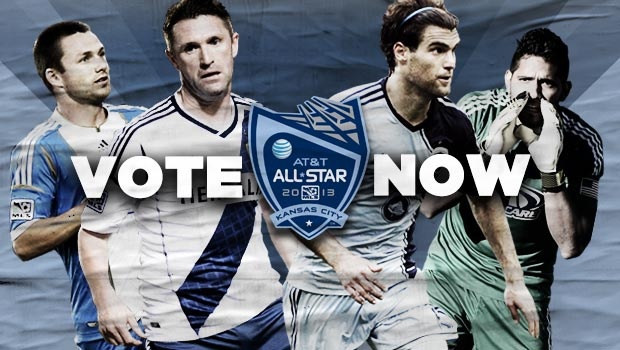 For the first time in any professional sports league, fans will be using a videogame to determine the outcome of a vote for an All-Star game. Electronic Arts and Major League Soccer (MLS) launched the AT&T MLS All-Star “In the Game” Challenge, giving fans the opportunity to vote one forward into the All-Star Game by scoring goals in EA Sports FIFA Soccer 13 on the Xbox 360, PlayStation 3 and PC.

Starting today, July 3, 9:00 AM PDT until July 10, 9:00 AM PDT, online enabled fans around the world that play FIFA Soccer 13 can score as many goals as possible with their favorite MLS all-star forward candidate, and one goal equals one vote. The player with the most votes on July 10 will be named the AT&T MLS All-Star ‘In the Game’ Forward and will occupy the final forward spot on the All-Star Fan XI. Through general voting via MLSsoccer.com, text message and Twitter, 10 players were selected to the All-Star Fan XI, which will be unveiled on July 7 on ESPN during halftime of the Chicago Fire-Sporting Kansas City match (3 p.m. ET).

“The AT&T MLS All-Star ‘In the Game’ Challenge exemplifies how we’re deepening the connection between the game ofFIFA and the real world of soccer,” said Jamie McKinlay, VP Marketing, EA SPORTS. “With this new and innovative All Star voting method, our fans can play our game, and for the first time ever, have an impact on a real-world match. This is an incredibly exciting way for our fans to show their support for their favorite MLS player and have a say in who makes the All-Star Squad.”

“We are excited to team up with the EA SPORTS FIFA franchise to break new ground in the all-star voting process,” said Howard Handler, Chief Marketing Officer, MLS. “One of the things that's distinctive about MLS is our fan-driven culture. We're eager to empower the millions of FIFA fans with The Challenge.”